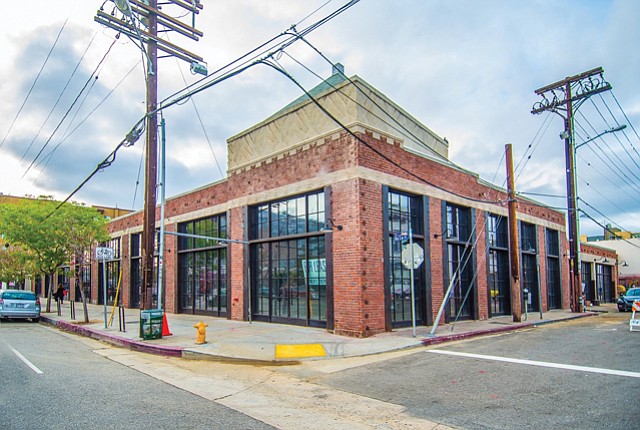 833 E. 3rd St.: Parallel Acquisitions put $5 million into renovations of the property in the Arts District.

Parallel Acquisitions purchased the property in 2012 for $4.5 million, or about $170 per square foot, according to CoStar Group Inc. The loan was arranged by real estate finance firm Quantum Capital Partners of Beverly Hills.

“After successfully executing their business plan and drastically increasing both income and value, the timing was right to refinance the debt and recapture significant equity for our sponsors,” said Jonathan Hakakha, managing director at Quantum, in a statement.

Hakakha also noted Quantum was “able to generate a tremendous amount of interest from a variety of lenders, including life insurance companies, nonbank and traditional lenders.”

Construction began last month on the park, which will occupy 13,000 square feet alongside 9,000 square feet of retail, food and beverage space as well as a pathway connecting Grand Avenue to nearby Margo Street.

The park design reflects community input based on series of public meetings about what the park’s character should evoke. The goal was to create a space to get away from downtown’s hustle and bustle.

“It’s not meant to be an active park,” said Kevin Lindquist, chief operating officer of Mack Real Estate Development, the Seattle-based firm that owns the site.

The park will be open to the public daily from dawn until dusk, and offer concerts, yoga classes and other events.

Shawmut Design and Construction, a Boston-based construction management firm, has promoted a key executive at its fast-growing Los Angeles office to a top regional role.

Greg Skalaski, who previously oversaw its retail department, was promoted to the newly created position of vice president of Shawmut West where he will oversee the company’s operations in Los Angeles and Las Vegas.

Shawmut opened its local outpost in 2013 and says it saw a 200 percent increase in revenue over the last three years.

Annual revenue was estimated by Inc.com at approximately $1.3 billion companywide.

Les Hiscoe, Shawmut’s chief executive, said the company employs 150 people in Los Angeles County, with about half of them in the field and the other half working at its Westside office. “We’ve doubled the size of our (Los Angeles) staff in the last two years,” he said.

Local projects include the 164-room Hoxton hotel at 1060 S. Broadway in downtown and a 54-room hotel at 4141 Santa Monica Blvd. in Silver Lake.