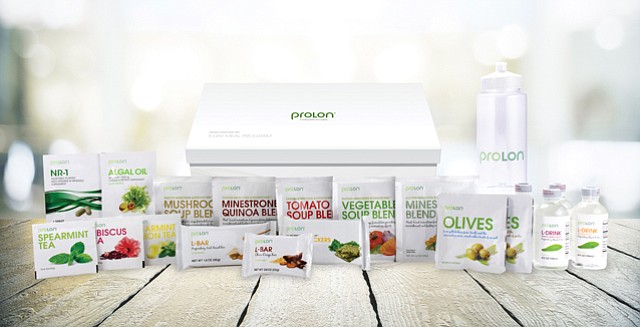 L-Nutra Inc., a dietary health company based in Beverly Grove, is selling less as more.

The privately held company, which launched from USC, has based an expanding line of medicinal foods on a patented diet that seeks to mimic the effects of long-term fasting – to periodically eat much less in order to boost health.

“We have lived hundreds of thousands of years with fasting,” said Joseph Antoun, chief executive and chairman of L-Nutra. “Somehow we lost it – we thought it had no value, that it is the equivalent of starvation. But we have found that it’s essential to balancing our diet.”

The five-day diet, done once every few months, has been clinically tested to mimic the effects of periodic fasting while providing the body with nutrition. The mimicked fasting has been shown by USC researchers to delay cellular aging by stimulating stem cell growth and rejuvenating organ tissue.

The research behind L-Nutra has been ongoing for 25 years, and this summer, it became the first known company to win a U.S. patent for a fasting diet to promote stem cell tissue regeneration and healthy aging.

The 9-year-old company also is on track to more than double sales of its five-day ProLon food kits for its signature diet, to $15 million this year.

The Fasting Mimicking Diet was developed after $46 million in clinical research, paid for largely by federal grants and conducted at USC, which licenses the patents to L-Nutra. The most recent patent follows others issued for dietary fasting treatments for diabetes and cancer.

L-Nutra has another two dozen patents now pending in the United States and Europe to employ the company’s five-day fasting diet to reduce weight and cut the risk of auto-immune diseases from multiple sclerosis to lupus and rheumatoid arthritis.

Some 24 clinical trials based on the fast-mimicking diet licensed to L-Nutra from USC are underway.

Prior results are promising: A phase II trial published in February 2017 in Science Translational Medicine found the low-calorie, five-day diet administered once every few months reduced the risk of cancer, diabetes, heart disease and other age-related conditions.

The company’s five-day ProLon meal plan is designed to trick the body into going into a “fasting mode.” The meals also are designed to stave off hunger associated with a prolonged fast, with only water allowed.

“Los Angeles is an ideal, and a natural place, for this company to grow,” said Ahmed Enany, chief executive of the Southern California Biomedical Council, a Los Angeles-based trade group. “Los Angeles is concerned about diets and health – and you can make a lot of money.”

The success of L-Nutra and its expanding pipeline of longevity diets can be attributed to company founder Valter D. Longo, a biochemist at USC known for his research into aging and the benefits of periodic fasting.

Longo, a native of Italy, now serves as a professor of biological sciences at the USC Leonard Davis School of Gerontology. He’s also the director of the USC Longevity Institute and a cancer institute in Milan.

He developed his fasting-mimicking diet, a subject of 28 peer-reviewed papers, after studying yeast cells and laboratory mice. The research has been supported by numerous federal grants over the past two decades, including $10 million in April from the federal government’s National Institutes of Health.

Longo has essentially licensed his own research as a 60 percent shareholder in L-Nutra, which doesn’t disclose financials beyond sales. Longo said he gives any proceeds he sees from the company to two foundations he has created to help fight disease.

“I don’t take anything from the company, no salary,” said Longo during a phone interview from Milan. “I don’t want people to think I’m making money on this. I have my research. I’m an independent thinker.”

L-Nutra Inc. now sports promotions for its ProLon products – “Nutrition for Longevity” and other slogans – that cover about half of the front of the building that houses its headquarters for its 36 employees on Beverly Boulevard.

L-Nutra has raised $14.5 million from a roster of investors that includes CEO Antoun, a native of Lebanon who once worked as a health policy officer for Eli Lilly and Co.

Antoun said he was drawn to L-Nutra because of its focus on health care, as opposed to “sick care.”

He points to a recent survey, conducted by the International Food Information Council Foundation, that reported intermittent fasting to be the No. 1 diet among young adults.

He opens a specially designed box of ProLon’s five-day food kit, which has been sold to 80,000 users in the United States and 11 other countries, he said. The company will add Canada, Mexico and Australia in December, about a month after it’s slated to expand into fasting-mimicking food bars, which will sell for $3.99 at health-food stores and some grocers.

Next, it hopes, will be a Chemolieve diet for cancer patients. It’s another fasting diet and aims to decrease side effects from chemotherapy while regenerating immune systems to help fight the disease.

“It’s a reset of the body,” said Antoun, who also serves as chief executive of Health Systems Reform, a global consultant to improve public health, as well as a co-director of the Center for Health Policy at the University of Chicago, in addition to international teaching roles.

“At L-Nutra, we believe that by understanding and respecting nature, tradition and science,” he added, “we can promote remarkable self-repair and reset mechanisms in the human body, which eventually may also be used to treat and cure disease.”

NOTE: This story has been updated based on revised user information provided by the company.