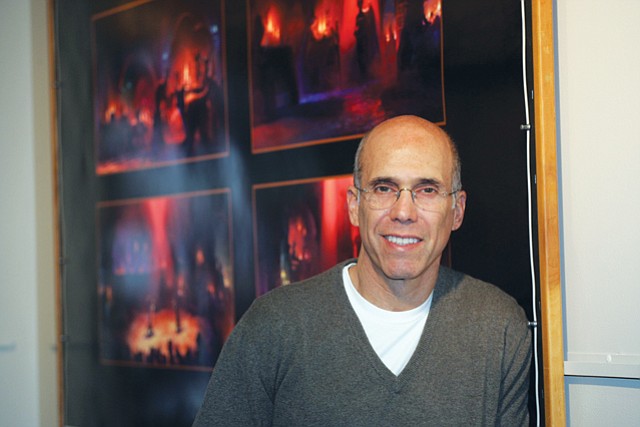 Safe Bet: Jeffrey Katzenberg’s WndrCo is getting in the digital privacy game. Photo by Ringo Chiu.

AnchorFree describes itself as the “first company to bring enterprise-level privacy and security products to consumer mobile devices, helping to protect their identities and data online.”

Other investors in the funding round include Accel Partners, 8VC and Green Bay Ventures.

Katzenberg, a co-founder of DreamWorks Animation, launched WnderCo last year. The venture has so far publicly focused on the $1 billion it has raised for NewTV, which Katzenberg has described as a project that will make professionally produced alternatives to short-form online videos. WndrCo has offices in Los Angeles and San Francisco.

Katzenberg was No. 44 on the Los Angeles Business Journal’s 2018 list of Wealthiest Angelenos with an estimated net worth of $1.6 billion.

Century City-based private equity firm Ares Management announced Sept. 6 that its power and infrastructure fund Ares EIF has closed on the acquisition of the assets of Irving, Texas-based oil and gas company Paradigm Energy Partners from an affiliate of Stonepeak Infrastructure Partners of New York.

The announcement said the Paradigm assets will be combined with Ares EIF’s adjacent Van Hook Gathering System, which it acquired in 2015, to form a regional midstream oil and gas platform in the Williston Basin of North Dakota and the Eagle Ford Shale of south Texas. The combined entity will retain the Paradigm name, management team and employee base.

The combined company is expected to transport nearly 50,000 barrels of oil and 23 million cubic feet of gas per day from 11 customers under contract in North Dakota and Texas, according to the announcement.

The digital meditation company announced Sept. 5 the acquisition of Alpine, which does business as Alpine.AI, but declined to disclose deal terms.

“At Headspace, we are committed to meeting people where they are, and we’ve already seen success in leveraging digital assistant platforms to improve user engagement,” said Paddy Hannon, chief technology officer, in a statement.

The company will employ Alpine’s machine-learning technology to bring new conversational experiences to its app.

Alpine.AI, which develops voice-enabled applications, was founded in 2016. Its employees will move to Headspace’s San Francisco office.

Headspace announced in June the creation of a digital health subsidiary to develop a prescription meditation app, which it aims to market by 2020. The mobile app would be prescribed by doctors for a range of chronic diseases, pending completion of clinical trials and federal regulatory approval.

Headspace was founded in 2010 by Pierson, a then-anxious advertising executive, and Andy Puddicombe, a Buddhist monk. They moved their firm to Silicon Beach from London five years ago so they could surf.

The company’s guided meditation app and online offerings have been accessed by 31 million people in 190 countries, in addition to one million subscribers who sign up at a cost of around $100 a year, according to the company.

Headspace has raised $75.2 million in investor funding, according to Crunchbase.

Baja Green Energy uses a pumped hydro-electricity storage system developed by Water & Energy for Life, a joint Mexican and Dutch venture, as part of renewable energy projects. The announcement from Everlert mentioned a solar power plant proposed for the Mexicali area of the Mexican state of Baja California, but provided no additional specifics on this project or on other renewable energy projects.

Everlert’s previous investments have focused mostly on entertainment projects and on assisted- and sober-living facilities.

“This…acquisition of 40 percent of Baja Green Energy enables Everlert to expand its reach and influence internationally by originating and developing worthy assets in other countries,” Mark Blankenship, Everlert’s chief executive, said in a statement.