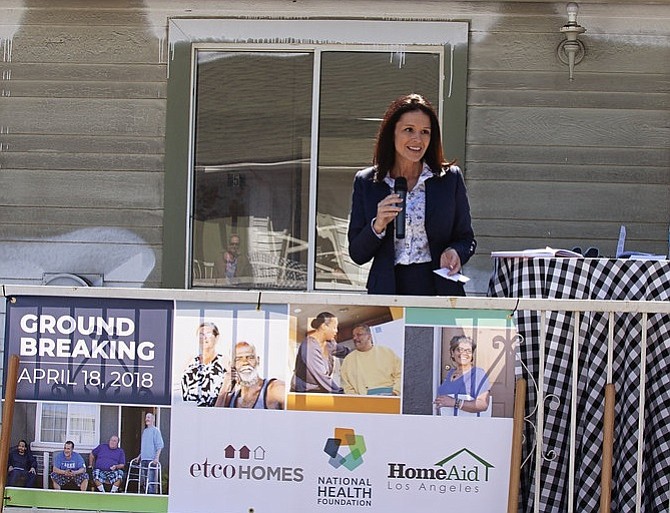 The Los Angeles-based National Health Foundation on Oct. 12 opened a 62-bed recuperative-care facility in Pico-Union for homeless residents discharged from nearby hospitals.

The downtown-based nonprofit hosted a grand opening alongside HomeAid Los Angeles and Etco Homes at the health center at 1032 W. 18th St.

The $1 million makeover of a century-old sanitarium was made possible by funds from Measure H, the voter approved Los Angeles County Homeless Initiative.

“Ending homelessness takes all of us – and this project is an inspiring example of what we can accomplish when our community steps up and works together,” said Mayor Garcetti, in a statement. “This facility is putting our Measure H dollars to work, and it will give our homeless neighbors the care they need.”

Recuperative care has been shown to reduce by half the readmission of homeless residents to local hospitals, while significantly reducing costs, according to the foundation. Without a place to recover, many return to emergency rooms within 30 days.

A hospital stay in California costs an average $3,300 a day, compared to an average $250 per night for recuperative care.