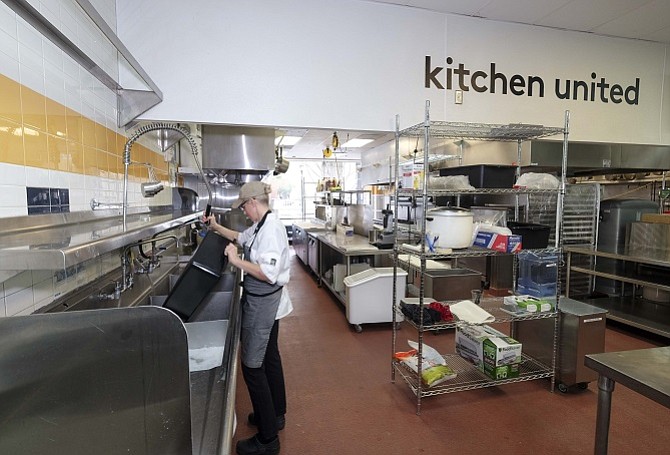 Kitchen United, a Pasadena-based startup that wants to help restaurants open to new markets without investing in additional real estate, raised $10 million in a series A round of funding led by Alphabet’s venture capital arm GV, with participation from Los Angeles investors Harry Tsao and John Miller.

Kitchen United disclosed the funding with GV, Tsao and Miller this week.

Miller is chief executive of the Pasadena-based Cali Group, a developer of technologies for the restaurant and retail industries. He also is a Kitchen United cofounder.

Kitchen United bills itself a “restaurant startup,” offering a commercial kitchen space and added services for eateries that want to expand without putting money into dine-in, brick-and-mortar operations.

Kitchen United will use the funding to power its national growth strategy. The company has plans to open new facilities in Los Angeles, Atlanta, Columbus, Denver, New York City, Phoenix and Seattle by the end of 2019.