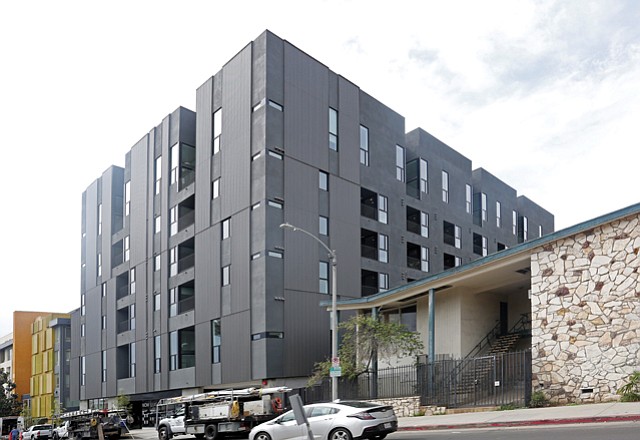 Large office tenants throughout Los Angeles County – defined as companies occupying at least 75,000 square feet of space – renewed their leases 22 months early on average since 2012, according to research from CBRE Group Inc.

There’s plenty of opportunity for the trend to continue. Downtown Los Angeles had the largest percentage of large tenants’ leases due to expire between July 2019 and July 2022, at 37 percent. The Tri-Cities submarket – made up of Burbank, Glendale and Pasadena – was at 20 percent while the South Bay and Westside had 19 percent and 11 percent, respectively.

Law firms and other legal services made up 18 percent of the expiring tenant base, followed by creative industries at 15 percent and financial services at 13 percent.

The primary reason large companies choose to renew rather than relocate is a simple one, according to the study: cost.

“Total cost of the renewal is usually significantly less, and tenants tend to move when the economics or physical attributes of a space no longer meet their needs,” CBRE Research said in a statement.

It’s not unusual for upscale apartment multifamily complexes to offer yoga classes, fitness centers, dog parks, billiards tables and free Wi-Fi to their tenants, but what about intravenous fluids?

Hollywood-based property and management firm Wilshire Skyline Inc. is taking it up a notch thanks to a partnership with Dr. Lisa Masterson, one of the original hosts of the Emmy-winning daytime television show “The Doctors.”

Residents of Line Lofts, a six-story, 82-unit, 60,000-square-foot apartment building at 1737 N. Las Palmas Ave. in Hollywood – where units range in size from 415 to nearly 1,500 square feet and cost $2,500 to $7,000 per month – are receiving a complimentary on-demand Wellness Concierge program along with their luxurious dwellings.

The program is described as a “rotating menu” of offerings, such as intravenous-drip therapy, oxygen therapy, and crystal and reiki healing – a Japanese technique for stress reduction and relaxation.

Masterson’s Santa Monica-based Ocean Oasis Day Spa offers more than half a dozen IV treatments ranging in price from $75 to $125. The IV administers “vitamins, minerals, anti-oxidants and nutrients directly into the bloodstream,” according to the Ocean Oasis website.

It’s part of an environment where residential landlords are joining their colleagues in the office market to up their amenities game to lure tenants. Residential landlords are especially interested getting younger renters with disposable income to mixed-use developments that include retail and services like the Wellness Concierge.

The first such event was held Sept. 29. Attendees who chose the IV-drip therapy relaxed by the pool while they rehydrated – medical style.

The early response from tenants has been “super positive,” Birkenstock said. All Saturday’s IV-drip spots filled up, and Wilshire Skyline has plans to offer the amenity again, he said, though he did not specify a date.

Rob Rubano has joined Cushman & Wakefield as an executive managing director in Los Angeles to lead its investment sales and equity, and debt and structure finance business on the West Coast.

Rubano previously worked at Eastdil Secured and has been responsible for structuring and placement of commercial mortgages and also secondary loan sales. His experience, which includes responsibility for transactions totaling more than $30 billion, also includes mezzanine financings, first mortgages and preferred equity.

Cushman reported that its U.S. market share for office sales nearly tripled to more than 23 percent through the first half of this year. As of Oct. 3, its share price was down nearly 5 percent from its initial public offering of $17.