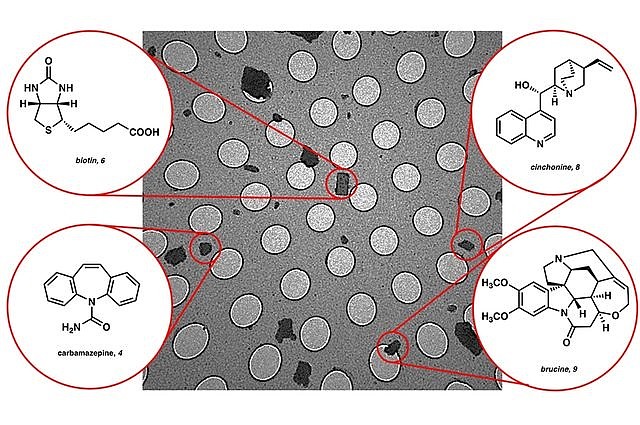 UCLA has developed a new way to identify “small” molecules that could speed up drug discovery and manufacturing.

The university announced Nov. 27 that a technique developed by a UCLA-led team of scientists can quickly identify specific organic molecules from a mixture of multiple compounds, using very small samples.

“Using this technique, the speed at which we can formulate potentially life-saving drugs will be greatly accelerated,” said Hosea Nelson, an assistant professor of chemistry and biochemistry, and a senior author of the research.

“It will be like going from riding a tricycle to driving a Ferrari.”

Researchers say the technique could speed up drug development because pharmaceutical companies would be able to screen more samples faster than ever, cutting down on the time it takes to verify the molecular structure of potential drugs.

The new method of using electron microscopes to examine small molecules was published Nov. 2 in ACS Central Science. A preview, posted on the website ChemRxiv, was downloaded 19,000 times in 24 hours, shattering the site’s previous record of 15,000 downloads in six months, according to UCLA.