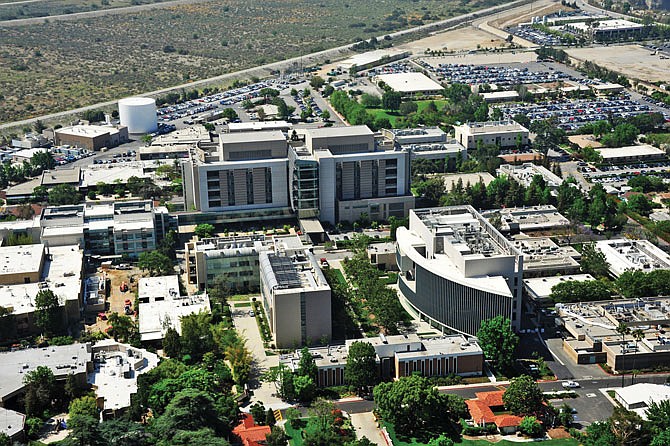 City of Hope National Medical Center is planning an advanced biotech manufacturing plant in Arizona as demand for cell-based therapies to fight cancer is on the rise.

Duarte-based City of Hope has linked up with Phoenix-based Translational Genomics Research Institute to build the new facility, officials with the medical center said.

The Arizona plant would support the work of three existing facilities in Duarte that are currently operating at capacity to produce gene therapy products, cells and drug compounds for use in clinical trials across the United States.

“We’re struggling for space,” said Joseph Gold, manufacturing director of the hospital’s Center for Biomedicine and Genetics, which produces viruses used to create personalized cancer treatments known as CAR-T immunotherapy – a cell-based therapy in which a patient’s own immune system is harnessed to fight specific cancers.

“We’re turning away new projects on a weekly basis, new cell therapies for new diseases,” Gold said. “If someone comes to City of Hope to make a CAR-T virus, there’s a waiting list for almost a year.”

Cell-based therapies such as CAR-T are among the fastest-growing medical treatments for the disease.

Demand on the rise

The demand for clinical cell therapies is expected to grow by 42 percent a year over the next decade, according to a 2017 Roots Analysis market study. The research and consulting group estimated that the global market for cell manufacturing will be worth more than $4 billion by 2027.

With increased demand for experimental and newly approved therapies comes the need to bolster manufacturing capacity in Los Angeles County and beyond.

The new City of Hope plant planned for the Phoenix region would aim to produce enough cells to support clinical trials conducted by a range of biotech companies and research centers in California and elsewhere. It would also accelerate cancer treatment throughout Arizona.

Executives with City of Hope and Arizona’s Translational Genomics, known as TGen, said in early November that they hope to build the 30,000- to 50,000-square-foot plant within 12 to 18 months.

“It’ll be a state-of-the-art manufacturing facility that will improve the speed that cancer therapies can be produced,” said TGen founder Jeffrey Trent, who also serves as president and research director. “Right now, the bottleneck lies in manufacturing, unable to meet demand.”

Cedars-Sinai Medical Center, the largest nonprofit hospital in the West, is also planning to take up biotech manufacturing.

A new Cedars-Sinai Biomanufacturing Center, announced in September by the U.S. Commerce Department, would produce pluripotent stem cells that could potentially reproduce any cell or tissue the body needs to repair itself. The new center is expected to create 444 jobs and draw $47 million in private investment, according to the federal agency.

The Beverly Grove hospital said its own regenerative cell center remains in the planning stages, and a representative declined to comment further.

City of Hope has long been a pioneer in cell-based treatments for cancer and diabetes.

It also claims to have one of the world’s most comprehensive CAR-T cell research programs dating back to the 1990s, with 16 current clinical trials now underway for a broad range of aggressive cancers of the brain, breast and blood.

“There are a lot of great medical facilities in the U.S., which come up with great therapies,” said Gold, who previously served as director of translational research at Stanford University’s Cardiovascular Institute before joining City of Hope. “But few of them can take those novel ideas and turn them into physical therapies, or cures. We do that.”

Its Cellular Therapies Production Center was later opened in 2010 to produce the CAR-T treatments, which re-engineer immune cells taken from a patient’s bloodstream to target specific proteins found in cancer cells. Altered T cells grown in a handful of clean rooms at City of Hope are then infused back into the patient to kill the cancer.

In 2012, City of Hope opened its Chemical GMP Synthesis Manufacturing Facility to develop traditional drug compounds for cancer and diabetes.

Together, the three City of Hope labs have produced more than 1,300 drug and cell therapy products at one of the few cancer centers in the United States with both biologic and chemical manufacturing facilities.

Its dozens of workers now produce eight CAR-T cell treatments a month, Gold said. This year, the facility doubled its gene therapy virus production to 17 different viruses for use at City of Hope, academic research centers and companies such as Adaptimmune Therapeutics, a biotech firm based in the United Kingdom.

Two years ago, the 105-year-old hospital partnered with TGen to accelerate its genomic research and to offer new cancer treatments in Arizona. The 16-year-old TGen now employs 300 workers in Phoenix and Flagstaff to research cancer, as well as metabolic, neurological and infectious diseases.

The City of Hope-TGen facility planned in the Phoenix area would produce gene therapy viruses and cells, as well as other types of stem cell therapies, Gold said.

“Because there are so many regenerative medicine projects people want, in addition to CAR-T therapies, we’re outgrowing the space,” in Southern California, Gold said. “Our affiliation with TGen will help with production.”