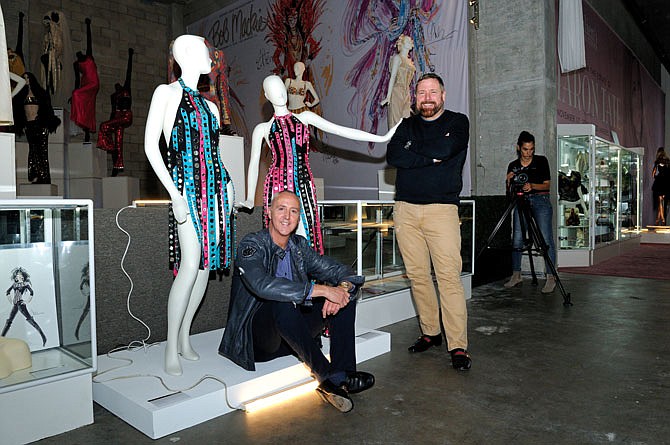 It didn’t take long after Marvel Comics creator Stan Lee’s death for speculation to begin swirling over the settlement of his estate.

Lee, who died Nov. 12 at age 95, had a widely reported net worth of $50 million to $70 million. His final days were dogged with reports of financial and legal skirmishes as well as conflict with his daughter and potential heir Joan Celia Lee.

While disposition of his estate remains up in the air, there’s plenty of valuable Stan Lee memorabilia in the hands of private collectors who have the option of selling it off to the highest bidder immediately. Such collectors received special focus recently at Julien’s Auctions’ annual Icons & Idols auction that took place Nov. 16 and 17 at the Standard Oil Building in Beverly Hills.

Items from one collection consigned by an anonymous owner sold for a total of $79,000 at the event. The collection included a one-of-a-kind hardcover book containing issues of 1962-64 Marvel Comics editions signed by Lee, which sold for $19,200. A Lee-autographed copy of “Amazing Fantasy #15,” (1962), featuring the first appearance of Marvel’s iconic Spider-Man, sold for $38,400.

Auction items at Julien’s are sold on consignment and represent a mix of items from private owners and estates that choose to sell. Along with its 5,000-square-foot office space in Culver City’s artsy Hayden Tract area, Julien’s houses memorabilia in two 10,000-square-foot warehouses in Culver City and Torrance. The auction house is run by co-owners Martin Nolan and Darren Julien, who is also the company’s chief executive. The pair said the company sells $30 million to $50 million in memorabilia per year.

The auction house declined to disclose its annual revenue.

Julien said the death of a celebrity, such as Lee, can often raise the price of his or her memorabilia although the company consigns items from living celebs, too, including Cher and Barbra Streisand. In the case of the recent auction of Lee items, Julien and Nolan said the items were scheduled for auction prior to the Lee’s death.

“The owner had brought stuff to us and wanted to sell it; he just felt the time was right,” Julien said during a pre-auction conversation at the Standard Oil Building, where he was flanked by memorabilia including a frothy array of Bob Mackie gowns worn by Cher and other stars.

The collector “also had a lot of Hugh Hefner stuff and heard we were going to the Hugh Hefner estate, so he brought the stuff to us,” Julien added.

That auction, scheduled for Nov. 30-Dec. 1, will benefit the Hugh M. Hefner Foundation.

Julien said Lee loved his fans and signed many items, but he said that signature retains great value despite how widely it’s been disseminated. “If he does a little doodle of Spider-Man and signs it, there’s value there,” he said.

Astute buyers might be suspicious of some widely reported memorabilia sales, such as the infamous piece of gum “thought to” have been chewed by Britney Spears that sold for $14,000 on eBay in 2004. But Julien and Nolan said their auction house completes a thorough authentication process, tracking the provenance, or line of ownership, of an item as diligently as an art museum researches the provenance of a Picasso.

“When we were approached with John Lennon’s guitar, we had a relationship with Yoko Ono, so we were able to go through and verify the records, the serial number, plus we matched it up with the (wood) grains of the guitar,” Julien said. “The grains are like a thumbprint. No two are the same.” That guitar sold at a Julien’s auction in 2016 for $2.4 million, a record price for a celebrity-owned guitar.

Entertainment attorney John Branca, a partner at Century City’s Ziffren Brittenham, who serves as co-executor of Michael Jackson’s estate, called Julien’s the best of the lot when it comes to auction houses handling celebrity memorabilia.

“They do their own research and investigations,” Branca said. “Julien’s has turned down items that are questionable and fraudulent, and then later I’ve seen them for sale elsewhere.”

Julien’s has sold Jackson memorabilia for record amounts, including the $4.81 million sale of the white glove he wore for the 1983 “Motown 25” tribute show where he first introduced his famous moonwalk, as well as Jackson’s leather “Thriller” jacket ($1.8 million). Branca said it is the Jackson estate’s policy not to sell off personal properties, but Jackson had given these items away prior to his death.

Entertainment litigator Alex Weingarten, a partner at Venable in Century City, said that in the case of Stan Lee, everything he touched will remain a hot commodity for the foreseeable future and is therefore ripe for fraud and counterfeiting. However, he said, the value of memorabilia pales in comparison to Lee’s unsold intellectual property.

“Whatever memorabilia that he might have, it’s not where the action is,” Weingarten said. “That’s just stuff, and there’s a finite amount of it. Rather, I foresee a serious effort to monetize his name and likeness rights.

“I think we’ll be hearing about someone producing ‘The Stan Lee Story’ sometime in the near future.”