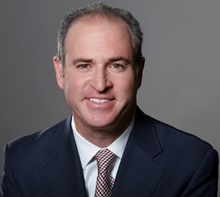 Groban, 45 and a Los Angeles resident, has served as senior advisor to Brown since he took office in 2011. He has overseen the appointments of more than 600 judges, according to the announcement.

Prior to joining the Brown administration, Groban was an attorney at downtown law firm Munger, Tolles and Olson from 2005 to 2010 and at New York-based law firm Paul, Weiss, Rifkind, Wharton and Garrison from 1999 to 2005. He currently is a lecturer at the UCLA School of Law.

“Josh Groban has vast knowledge of the law and sound and practical judgement,” Brown said in the announcement. “He’ll be a strong addition to California’s highest court.”

“Serving the people of California over the past 8 years has been the privilege of a lifetime,” Groban said in the announcement. “I am truly humbled by this nomination and, if confirmed, I look forward to working alongside the highest court’s truly exemplary jurists.”