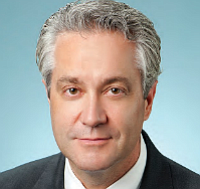 Rick Richmond is a commercial litigator, Founding and Managing Partner of Jenner & Block’s Los Angeles office, and Co-Chair of the firm’s Trade Secrets and Restrictive Covenants practice. He represents clients in matters ranging from misappropriation of trade secrets and other forms of intellectual property infringement to commercial cases of all kinds, including breach of contract, fraud, and class actions.

Richmond’s extensive experience as a trial and appellate lawyer includes representing clients in state and federal courts, in federal and local administrative proceedings, and before arbitration panels. Richmond has tried dozens of cases and argued nearly 20 appeals. He also counsels clients with respect to compliance issues in an increasingly complex legal environment.

Since joining Jenner & Block in the spring of 2009 to establish its Los Angeles office, Richmond has been instrumental in growing the firm’s top-tier reputation in California as well as leading the firm’s trade secrets practice.

Richmond led the Jenner & Block team in securing the $940 million trade secrets jury verdict in favor of Epic Systems Corp., one of the leading health care software companies in the United States, against Tata Consultancy Services (TCS), which is a part of one of the largest industrial conglomerates in India. After a two-week trial, an eight-member jury found that TCS stole Epic’s trade secrets and other confidential information about Epic’s proprietary software. Tata was also found to have committed fraud and violated the Computer Fraud and Abuse Act. The verdict represents one of the largest trade secrets verdicts in US history.