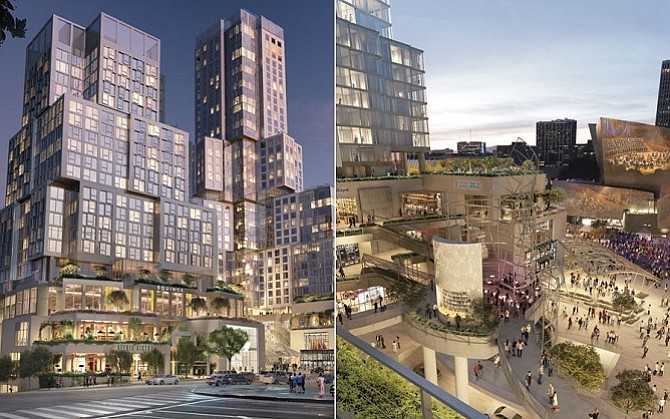 Real estate firm Related Cos. closed a $630 million construction loan from Deutsche Bank for its long-delayed $1 billion The Grand project in downtown L.A.

The New York-based real estate firm is developing the $1 billion Frank Gehry designed mixed-use that calls for residential, retail and entertainment complex on Grand Avenue in downtown. Related won the contract to build The Grand back in 2004 but the Great Recession caused the project to be delayed.

Official site preparation begins this month with a formal groundbreaking ceremony to follow in the upcoming months, the company said. In January, Related selected Century City-based Aecom as construction manager for The Grand.

The mixed-use development includes 215,000 square feet of retail space and a 20-story, 309-room Equinox hotel. It plans to have a 39-story tower for 436 residential units as well.

“I am pleased that The Grand has closed financing and we are moving to the next stage of this development,” Los Angeles County Supervisor Hilda Solis, chair of L.A. Grand Avenue Authority said in a statement.

The project is expected to be completed in 2021.