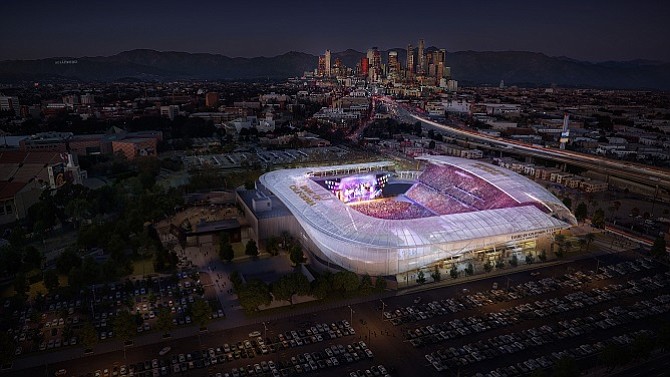 Rendering of the Banc of California Stadium as a concert venue 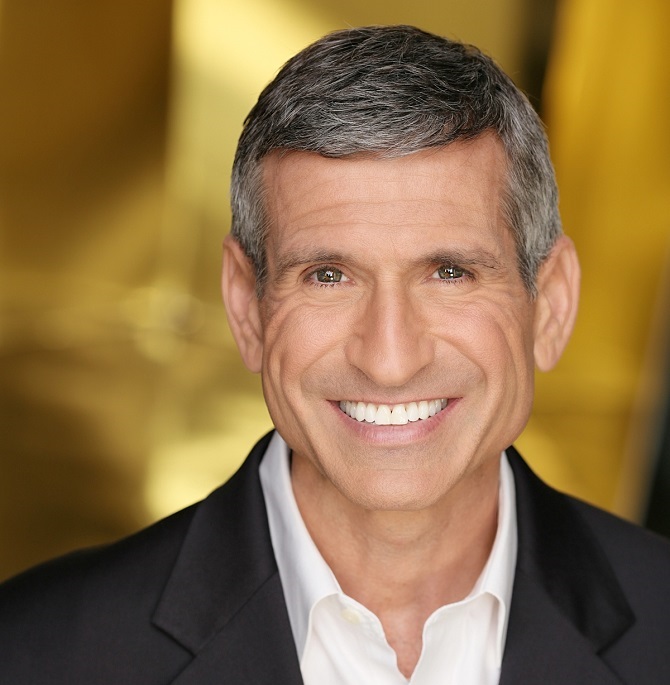 Banc of California stadium hired Adam Friedman to run a new entertainment division, according to a May 16 announcement by Tom Penn, president of LAFC Sports, which owns one of the city’s Major League Soccer teams.

The Exposition Park stadium, home to the LA Football Club, will now have an entertainment division to develop, operate and manage all non-soccer events for the venue. That includes, per the announcement, music shows and festivals, charity and trade show events, and sports other than MLS.

Friedman has been an executive at a few entertainment outfits including House of Blues and Nederlender Concerts.

“I am delighted to be surrounded by such incredible people and look forward to building the BOCS Entertainment team and bringing exciting and unique events into the entertainment capital of the world – the city of Los Angeles,” Friedman said in a statement.

The stadium hosted its opening event, a game between LAFC and the Seattle Sounders, on April 29. The stadium, built on the site of the Los Angeles Memorial Sports Arena, is slated to be one of the Olympics venues in 2028 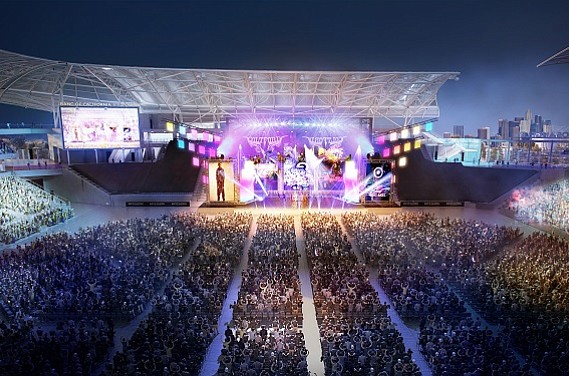 Rendering of the Banc of California Stadium as a concert venue

Media and entertainment reporter Matthew Blake can be reached at 323-556-8332 or mblake@labusinessjournal.com