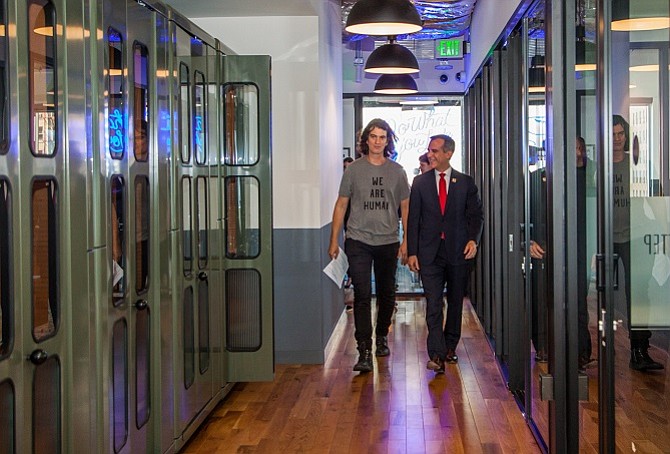 WeWork Cos. Inc. is donating space at its 10250 Constellation Blvd location in Century City to house the headquarters of Clean Energy Smart Manufacturing Innovation Institute (CESMII), a $140 million partnership between UCLA, the City of Los Angeles, the U.S. Department of Energy and the private sector.

The New York-based co-working space company is giving CESMII enough space to house 30 people, according to a WeWork representative.

CESMII will become a member of WeWork, which will lease out other parts of the Century City property to other tenants. The institute’s previous headquarters were at UCLA.

The institute’s stated goal is to improve U.S. competitiveness by enabling smart manufacturing technology to make the manufacturing process cleaner and more efficient.

WeWork’s partnership with CESMII was announced May 9 at an event with WeWork Chief Executive Officer Adam Neumann and Los Angeles Mayor Eric Garcetti.