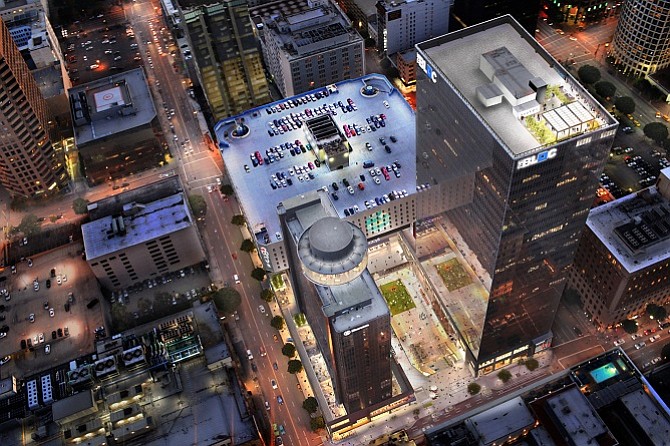 The Bloc at 700 S. Flower St. in downtown Los Angeles

Seattle-based engineering firm KPFF has negotiated lease for an additional 24,000 square feet of office space at The Bloc, located at 700 S. Flower St. in downtown, consolidating its local operations, according to Newmark Knight Frank.

KPFF’s civil engineering division has been occupying 24,000 on the 21st floor of that building since 2016. The new space will be located one floor below that space and will be ready for use after it has been built out in about one year’s time. KPFF’s structural engineering group will also move to the 20th floor. Approximately 250 KPFF employees will work at The Bloc.

The firm engaged with NKF last year about consolidating its space in Los Angeles County by bringing its Westside and Pasadena offices – about 30,000 square feet – into downtown. KPFF already has sublet its West Los Angeles office and is in the process of subletting its Pasadena space, NKF said.

“This relocation is yet another positive sign of net absorption for downtown and I believe we will see further migration here by others in this industry category over the coming months,” Kish said in a statement.

The growing presence of architecture, construction and other development firms as well as the 7th Street/Metro Center train station made expanding its footprint at The Bloc an attractive option, Kish noted.