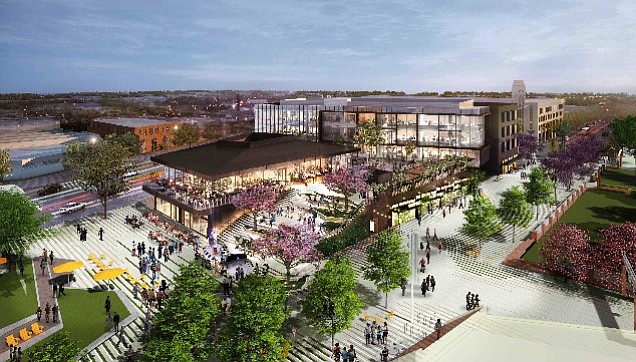 Ehrlich Yanai Rhee Chaney Architects designed the property, which is currently under construction. Culver Steps is adjacent to Culver Studios, a film and television production site into which Amazon Studios already has begun relocating from Santa Monica.

Hackman Capital Partners owns both the Culver Steps and Culver Studios. Culver Steps’ expected completion date is in early 2019. The property will include 45,000 square feet of retail space, a public plaza and a two-level subterranean parking structure.

Jeffrey Pion of CBRE Group Inc. represented the landlord in the recent Amazon Studio’s office lease. Lee Shapiro and Christine Deschaine of Kennedy Wilson are the listing agents for the retail portion of Culver Steps.