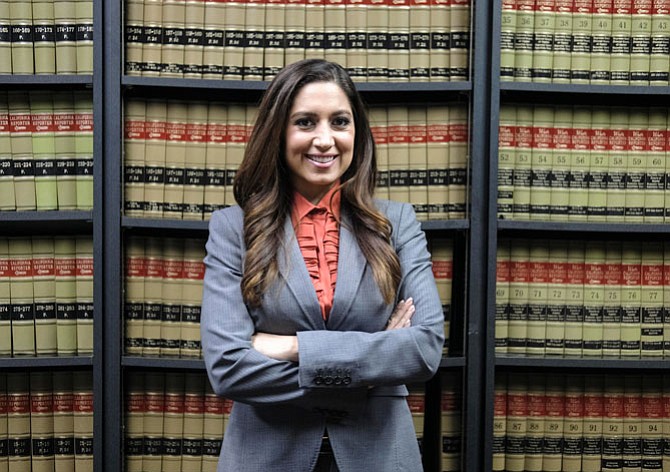 Sexual harassment claims are on the rise, and the demand for legal services goes well beyond litigation.

Requests are increasing for impartial investigations into those claims, and prevention

training is in demand.

All of it means more business for local law firms amid the movement touched off by sexual harassment charges first leveled against Harvey Weinstein last year.

“Everything changed last fall,” said Beth Schroeder, partner with the Century City office of corporate law firm Raines Feldman. “I’m receiving four to five times the requests for (sexual harassment prevention) training sessions than I was a year ago.”

It’s too soon for many of the sexual harassment claims that have been filed to go to trial, but some settlements reached so far are scaring employers, pointing up risks of losing eye-popping verdicts in the current environment.

“Not only has my phone been ringing off the hook with people coming forward with sexual harassment allegations, but employers are much more quick to settle now and to settle these cases for more money – about 30 percent more money on average now,” said Anahita Sedaghatfar, an attorney of counsel with the Mid-Wilshire-based Cochran Firm with her own practice representing employees alleging sexual harassment. “The defense attorneys know that in cases that do end up going to trial, they can expect higher jury verdicts against their (employer) clients.”

Sedaghatfar said she’s accepting more cases now – including some that might not have been considered strong enough to win in court a year ago but are now settling quickly, and have resulted in a rapid cash influx for her practice.

“The whole country is talking about this now, so defense attorneys now realize they can no longer get away with blaming the victim,” she said.

Sedaghatfar follows the typical practice of taking on platintiffs’ sexual harassment claims on a contingency basis, getting a 40 percent share of any monetary awards granted the client rather than receiving upfront fees.

Sexual harassment has been in the media spotlight since allegations of sexual harassment or sexual assault against Weinstein in October led to similar charges against dozens of prominent entertainment, media and political figures. Many have had to resign their posts or had their contracts terminated.

The recently launched #Me-Too and “Time’s Up” movements sprung up over the same period, encouraging sexual harassment victims to come forward with their allegations, in addition to forcing the alleged perpetrators to face a public reckoning.

Compare that to the past, attorneys say, when only the occasional sexual harassment allegation would make the news – such as former employee Anita Hill’s charges against her former boss, Supreme Court Justice Clarence Thomas, during his confirmation hearings.

This time the impact has been far more widespread, they add.

employee plaintiffs. “That has changed the picture.”

Teren said she has received about 50 percent more calls over the last few months than a year ago. Many of them she turned away, however, she added, because the one-year statute of limitations had run out on their allegations.

Lawmakers last fall, just before the allegations against Weinstein, expanded a California law from 2007 that required sexual harassment prevention training for managers and supervisors at firms of a certain size to also include training on gender identity, gender expression and sexual orientation.

Many employers are reacting by going beyond the law and holding training sessions for all employees, not just supervisors.

“Companies are seeing more need to train rank and file employees these days, not just the managers,” said Helene Wasserman, partner in the Century City office of Littler and co-chair of the firm’s national jury trial and litigation practice group.

When an employer is made aware of a sexual harassment claim in their workplace, they often call in an independent firm to investigate the claim, particularly if the claim is against a senior manager. This is to counter the perception that having human resources departments or the company’s usual legal counsel conduct the investigation could lead to findings biased against the employee making the allegation.