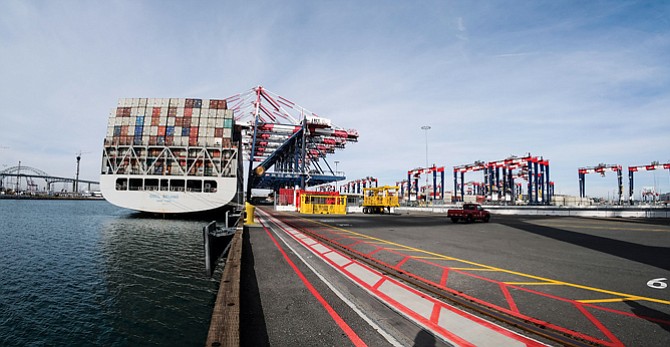 The local twin port complexes set new records for cargo movement in the month of February, both ports announced on March 13.

Port officials attributed the growth to shipping alliances which share space on vessels to cut costs and an “increasingly interconnected global economy.” However, the port is expecting a slowdown in cargo movement in March.

“We expect a lull in March as East Asian nations celebrate the Lunar New Year holiday, and then a rebound in April,” said Port of Long Beach Executive Director Mario Cordero in a statement.

Slowdown could also come as a result of tariffs imposed by President Trump on imported steel and aluminum effective later this month. Electronics and auto parts are the top containerized imports for the port as well as its neighbor, the Port of Los Angeles.

Manufacturing and trade reporter Shwanika Narayan can be reached at snarayan@labusinessjournal.com or 323-556-8351. Follow her on Twitter @shwanika