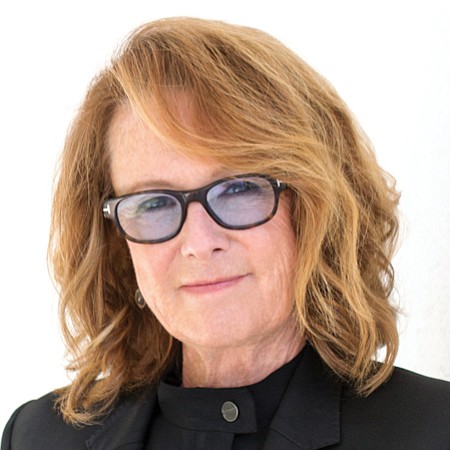 The director of the Hammer Museum at UCLA for nearly two decades, Ann Philbin has established the Westwood museum as a center for scholarly excellence and cutting-edge programming. Philbin has launched several new programs including the Hammer Projects series, which showcases young and emerging artists, and the Made in L.A. biennial, which highlights artists from the greater Los Angeles area. Admission to the museum has been free since 2014, and the Hammer produces more than 300 free public programs annually. Philbin is currently leading the Hammer through a $180 million capital campaign to expand the museum and its programming by 2020. Architect Michael Maltzan, who designed the museum’s prior renovations, has created a plan to integrate 40,000 square feet of new space to the museum and revamp the existing facility. The remodel will include a new Wilshire Boulevard entrance, 60 percent more gallery and exhibition space, 20,000 square feet of public space and a two-story expanded administration space.

For close to 20 years, the Hammer has been devoted to calling attention to those artists who are under-recognized, or are on the cusp of greatness. I could point to many exhibitions as a major source of pride—from Mark Bradford’s first solo museum exhibition to this fall’s major Adrian Piper retrospective. But one of my proudest moments came in 2014 when, thanks to support from Erika Glazer and Brenda Potter, the Hammer was able to permanently cease charging admission. Making the museum free to all, and for good, is a significant achievement.

I went to University of New Hampshire for my undergraduate, and received my Master’s from New York University.

The Hammer Museum is in the midst of a radical transformation, in a project helmed by architect Michael Maltzan. We have already revitalized our galleries and added a brand new space for artist performances and programs. Next we will take over the space next door, currently occupied by a bank, and will dramatically overhaul the lobby and exterior of the museum and expand our gallery space by 60 percent. We will remain open throughout this project, which is scheduled to be complete near the end of 2020.

My heroes are anyone who stands up against injustice, bigotry, and cruelty. The list is long—and growing every day.

Los Angeles is at once an international center—people speak more than 150 languages here—and a patchwork of close-knit communities. The richness and depth of artistic practices in Los Angeles is unlike anywhere else. And you can see that in the transformation and creation of museums all around the region—this city is bursting with creativity. It’s uncontainable.