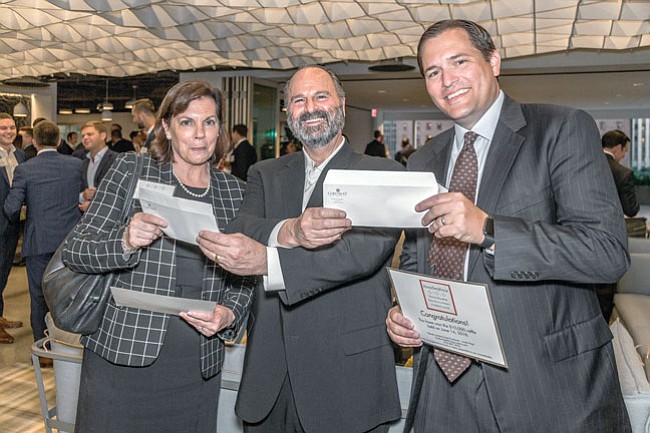 The Los Angeles County hotel industry is poised for additional growth for the rest of the year, roughly mirroring the national average, according to CBRE Group Inc.

Average daily rates, which gauge the price of rooms for rent on a daily basis, are expected to rise 3.1 percent from 2017 to roughly $181 for hotels in Los Angeles County.

They’re expected to increase an additional 2.6 percent next year, to about $186.

Revenue per available room – or revpar, an industry measure that considers both occupancy levels and and room rates – is expected to rise 2.9 percent to nearly $144.86 in Los Angeles County in 2018. CBRE expects it to climb an additional 2.5 percent to $148.55 in 2019.

CBRE expects a national gain of 2.8 percent on revenue per available room this year.

The national average hotel growth rate on revpar was 1.9 percent between 1987 and 2016, according to Bruce Baltin, managing director of CBRE Hotels. Hotels in Los Angeles County grew at less than half the national rate over the same period, Baltin said.

The county’s recent strides to catch up with the national average can be attributed to several factors, Baltin said. A strong local economy, low unemployment and increasing counts of international visitors – especially from China – have helped.

“They stay longer and spend more money than domestic tourists,” Baltin told the

A reflection of the growing market is the boom in local hotel construction, especially in Hollywood and downtown Los Angeles. New hotel supply in Los Angeles County grew 2.3 percent last year and is expected to grow 3.4 percent this year, Baltin added.

“L.A. has become a very strong market nationally and has the ability to support new hotel construction,” Baltin said.

The opening of JW Marriott Los Angeles L.A. Live in 2010 and the renaissance in the city’s downtown area were catalysts he said.

Matt Perrigue, a vice president at Jones Lang LaSalle Inc., was the big winner at the June 14 raffle for the build-your-own Lego version of Citigroup Center at 444 S. Flower St. in downtown Los Angeles.

At least 75 participants built their own version of the 48-story, 914,000-square-foot office tower, perhaps best known to some as the home of the fictional law firm of McKenzie Brackman Chaney & Kuzak in the television show, “L.A. Law,” which aired from 1986 to 1994.

Coretrust Capital Partners, which owns Citigroup Center, had asked brokers to construct the Lego version of the tower. The competition was designed to promote the building’s workplace innovation lab, designed as a space for brokers to bring clients or to display future workplace layout options for companies.

Bacani to Lee in Pasadena

The Pasadena office of Lee & Associates has hired retail sector veteran Dan Bacani from NAI Capital, its second such hire this year. He joins the firm as a principal and shareholder.

retail business in the San Gabriel Valley and Tri-Cities area.

She specialized in the leasing and sales of retail, restaurant, office and mixed-used properties in the San Gabriel Valley as well as downtown Los Angeles for NAI.

Bacani’s work history includes stints at Century 21 Commercial, where he managed its commercial and investment division with offices in Monrovia and Glendora, as well as Regus, an executive suites provider.

Bacani was part of a Regus leasing team whose tasks included filling a portfolio of office space in more than 200 locations in 50 countries for clients such as Qualcomm and Siebel Systems, which Oracle Corp. acquired in 2006 for $5.8 billion. Bacani helped manage these accounts during Regus’s Chapter 11 bankruptcy proceeding in 2003.

He is a USC graduate and is a past chairman of the Azusa Chamber of Commerce. He also is a member of International Council of Shopping Centers and the American Industrial Real Estate Association.