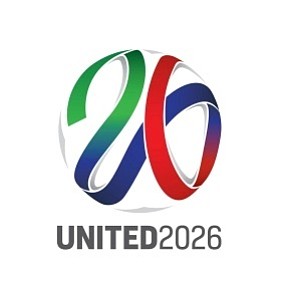 The day before the 2018 World Cup hosted its first match, FIFA, the International Federation of Association Football, announced on June 13 that the U.S., Mexico and Canada will host the 2026 games.

The United Bid submitted by the three countries beat out Morocco’s competing bid by a vote of 134 to 65 at the 68th FIFA Congress in Moscow.

The 2026 World Cup will be expanding from 32 to 48 teams and 80 soccer matches and the proposed bid will award the United States with 60 of the matches, with Canada and Mexico hosting 10 contests a piece.

The Los Angeles Sports & Entertainment Commission submitted a bid for Los Angeles to be selected as a host city for the games.

“We are honored FIFA awarded the 2026 FIFA World Cup to the United Bid and even prouder that Los Angeles is among the 23 Candidate Host Cities that have the demonstrated history and ability to stage the world's largest sporting event,” said Alan Rothenberg, managing member of the Los Angeles World Cup 2026 Host Committee.

If chosen as a host city, World Cup action is expected to return to the Rose Bowl in Pasadena, where matches were held the last time the U.S. hosted the event in 1994. It is possible that matches could be held at the Los Angeles Stadium at Hollywood Park, which is expected to finish construction in 2020.

The United Bid is expected to generate more than $14 billion in revenue and $11 billion in profits for FIFA, which will be shared with the 211 FIFA Member Associations, helping further develop and expand the game of football across the globe.

Staff Reporter Josh Niv can be reached at jniv@labusinessjournal.com or 323-556-8336.