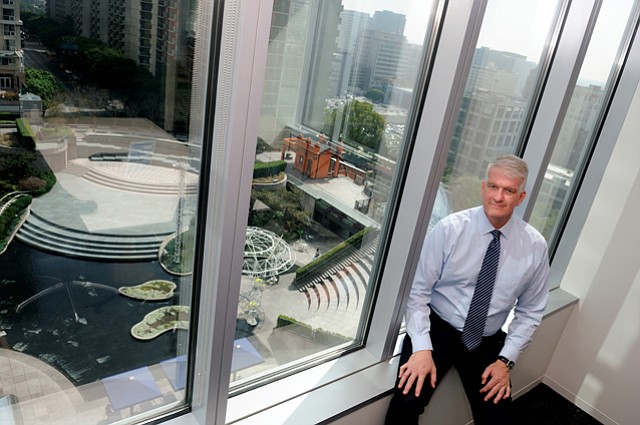 Weiss joined City National in January, 2017, after 13 years in management at Deloitte Consulting, mostly in Washington, D.C. and New York. He came on board during the design phase of the new offices, which were occupied by 1600 or so employees about two months ago.

“At the other building I had the traditional big, executive corner office, right?” Weis said. “It was very hierarchical. Everybody was boxed off and had to march down the hallway to my office. The executives got together and thought through a number of design principles. What we were looking for was something that was focused on driving open collaboration and interaction.”

Office interaction on this day included plenty of curious staff members dropping by to tease Weiss about posing for Business Journal cameras and cheerfully threatening to photo-bomb the session. Weiss sees that as a sign that the new space is creating the intended camaraderie.

Weiss still has his own office space, but rarely spends time there. “The number of people I interact with has gone up dramatically (since the move),” the executive said, adding that casual conversations, quick meetings and coffee chat can happen on a regular basis now.

Still, unlike some of L.A.’s “creative space” offices with nothing but communal areas and even shared desks, employees have their own desks and space for personal items, which for himself include a revolving gallery of photos of his young adult sons.

“We make sure that the individual spaces had enough room to personalize it with the things that are important to you,” Weiss said. “Everybody takes pride in their work, and expressions of who you are, I think, are important.”

Weiss said the bank, which was aquired by Royal Bank of Canada in 2015, has been expanding rapidly. The bank has grown assets by 33 percent to $49 billion from $37 billion since the merger. It also has hired more than 800 new staffers, and added offices in New York, Boston, Minneapolis and Washington, D.C.

Weiss, for one, is glad the company chose to expand its L.A. operations in downtown rather than choosing a remote operation center, even though staffers rarely interact with clients on site at the new office.

“In all honestly, we could have placed those colleagues in many, many different places, we didn’t even need to be in L.A.,” Weiss said. “Most banks would have done that. But we have a real commitment to the communities we bank in. We have deep roots in L.A., and a very deep commitment to downtown L.A.” 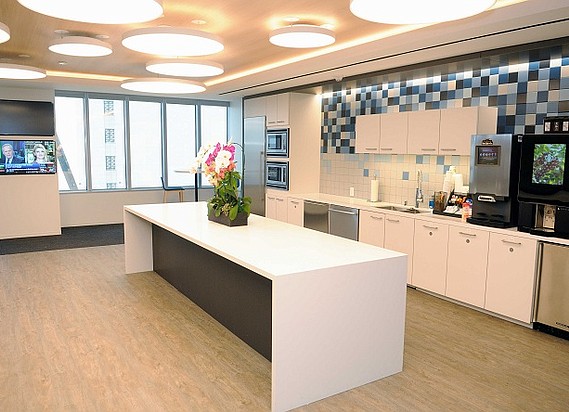 The kitchen space is part of City National’s commitment to “wellness’ through creating relaxing communal spaces. (photo by Thomas Wasper) 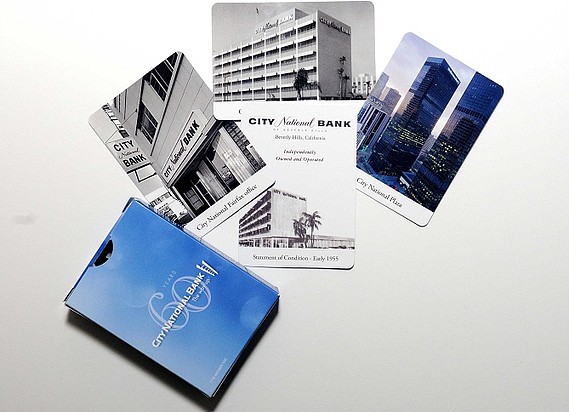 Created to celebrate City National Bank’s 60th anniversary in 2014, the cards depict highlights of the bank’s founding and history. (photo by Thomas Wasper) 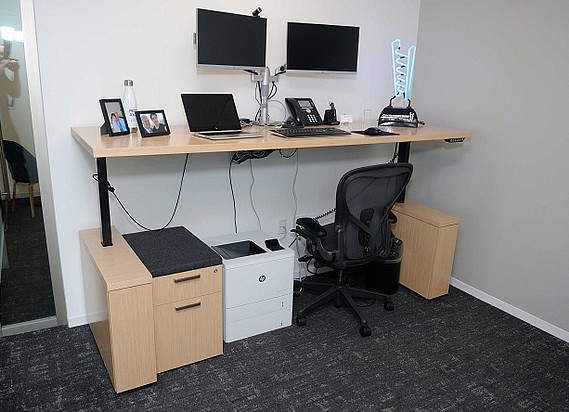 Weiss was the only one with a standing desk in his former office. Now every desk can convert to a standing configuration. (photo by Thomas Wasper) 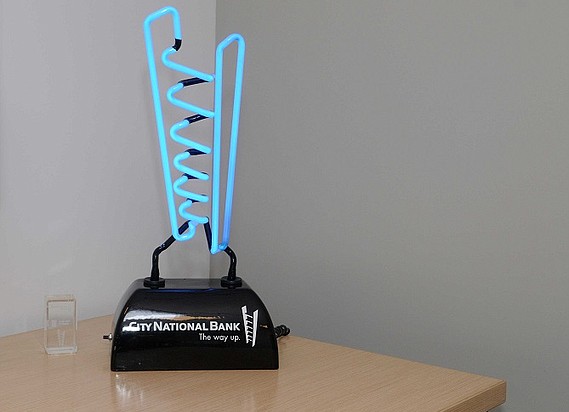 Climb the Ladder: “I was an entrepreneur, and I did need help on the way up. It reminds me of where I came from, and where I was trying to go.” (photo by Thomas Wasper) 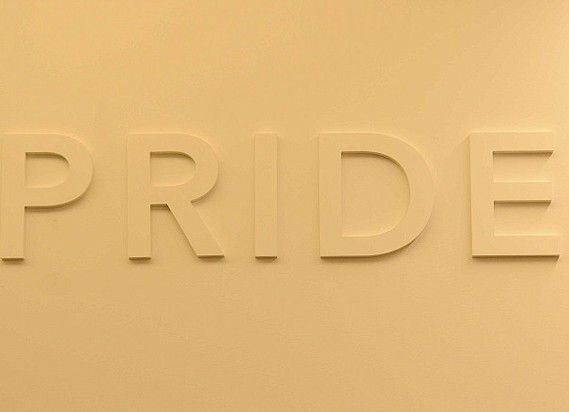 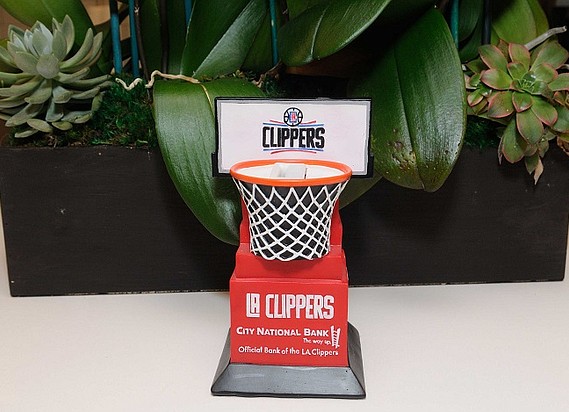 City National is the official bank of the Los Angeles Clippers, a fact which delights Weiss’ two sports-minded sons, Luke, 22, and Joshua, 18. (photo by Thomas Wasper)