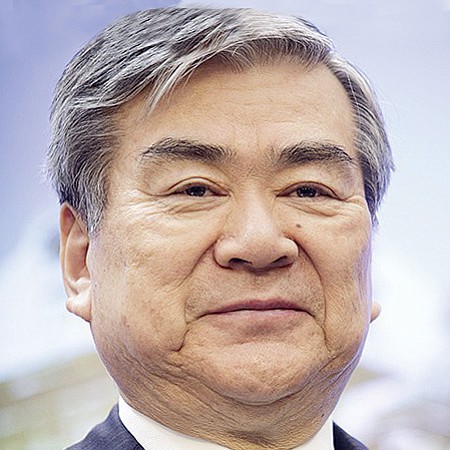 Yang Ho Cho is the chairman of the Hanjin Group, the giant transportation conglomerate founded by Cho’s father in 1945. The company’s holdings include Korean Airport Services and the now shuttered Hanjin Shipping Ltd. The company last year opened the Wilshire Grand Center in downtown Los Angeles, a reportedly $1 billion development on the site of a property Korean Air has owned since 1989. The A.C.Martin-designed 73-story tower is the tallest building on the West Coast and latest location for the InterContinental Hotel. Cho previously was the head of Korean Air, before taking up the chairman ship of the parent company. Cho has three children who all graduated from the University of Southern California. His two daughters, Cho Won-tae (who is also called Emily Cho), Cho Hyun-ah (who is also called Heather Cho), recently resigned from the company after a pair of scandals: Heather Cho for berating a pair of Korean Air flight attendants and forcing them off a plane in 2014, and Emily Cho for throwing water at an advertising agency employee earlier this year. Their father issued a public apology in April.