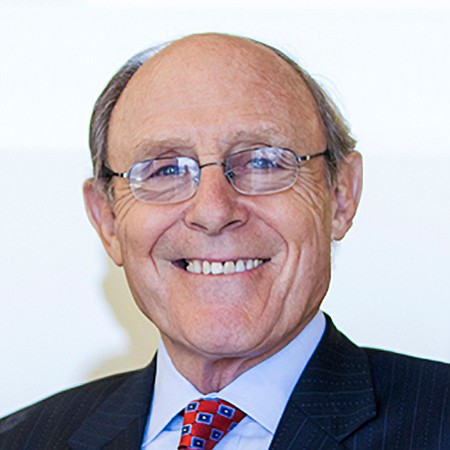 Terry Bird, principal of Bird Marella, has a 40-year career as a litigator, trying civil and white-collar criminal cases. He began as a federal prosecutor in the Los Angeles U.S. Attorney’s Office after clerking for California Court of Appeal Justices Lynn “Buck” Compton and Robert Thompson. Bird has represented large U.S. corporations and their top executives and municipalities such as Santa Monica and Hermosa Beach in litigation with oil companies. Bird served on President George W. Bush’s Judicial Advisory Committee. He has twice chaired the Central District of California Lawyer Representatives to the Ninth Circuit Judicial Conference and served one term as chairman for the Lawyer Representatives Coordinating Committee for the entire circuit.

Several years ago when my partners repeatedly rejected significant efforts to entice them to join with prominent national law firms, I realized that we had developed several generations of lawyers devoted to an ethos of shared purpose, the highest professional achievement, hard work, community, service, and independence.

Serving as president of the board of People Assisting The Homeless (PATH) as it provides homes, services, jobs and a sense of self-worth to the tens of thousands of people throughout California who are homeless.

My mother and father have always been my heroes. Mom was born and raised across a small South Dakota river from a Sioux Indian tribe, worked her way through the Depression and college in Nebraska, served her country in England during WWII, started her own business in the ’50s when political correctness expected her to be home, provided 100s of jobs to women, was a community leader, raised two boys, was married to Dad for over 55 years and survived cancer and other life threatening maladies. Others have done similar things. But few I have met in life have accomplished all of this with the same sense of purpose, joy and positivity. She taught me that the secret to a happy life is to know yourself, serve others, and do what you enjoy. She valued her own independence and allowed all of us to find our own purpose and way in life. She died last year at 101.

Los Angeles rewards all of the attributes which I treasure and honor. Hard work, dedication, service to others, and independence are the sine qua non of Los Angeles. Los Angeles doesn’t care what your roots are, what influence you have. If you apply yourself and do honest work you can not only survive here, you can flourish. There is no other place in the country and probably the world that cherishes and rewards these attributes as clearly as Los Angeles.