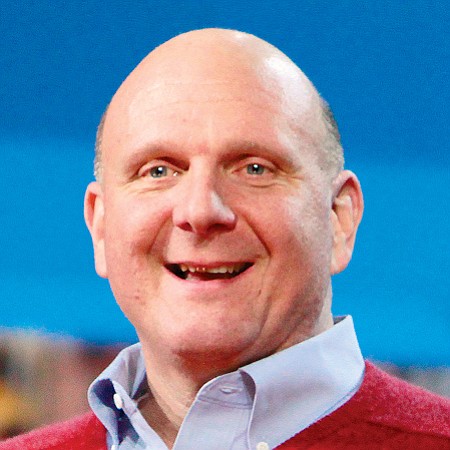 Steve Ballmer is the owner of the NBA’s Los Angeles Clippers and former chief executive of Microsoft Corp. Ballmer left Stanford’s MBA program in 1980 to join Bill Gates in his Microsoft venture. There he held various roles as the company grew into one of the biggest and most profitable blue chip names in the United States. Ballmer became president of Microsoft in 1998 and CEO in 2000, a post he held until 2014. That year he purchased the Clippers for $2 billion from Donald Sterling. Ballmer and his wife, Connie, co-founded Ballmer Group, a philanthropic organization that supports efforts to improve economic mobility for children and families who are disproportionately likely to remain in poverty. Ballmer also founded and heads USAFacts, a civic initiative that provides data-driven analyses and narratives of the U.S. government and population.