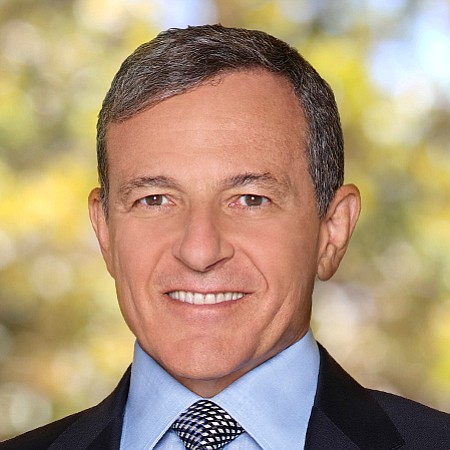 Bob Iger, chairman and chief executive of Walt Disney Co., is poised to close a $71 billion dollar acquisition of 21st Century Fox’s film and entertainment assets, as well as networks National Geographic, FX and Star TV and stakes in Sky, Endemol Shine Group, Hulu and regional sports networks. Disney had a competitor in Comcast Corp., which first tried to outbid Disney on the whole deal but has since scaled back its ambition to just acquiring Fox’s share of European cable network Sky. Iger, a longtime entertainment executive, was named Disney chairman in 2012. During Iger’s tenure as chairman, Disney acquired Pixar, Marvel Entertainment, and Lucasfilm. Iger is married to Willow Bay, dean of the USC Annenberg School for Communication and Journalism and a veteran television journalist, digital news editor and author.