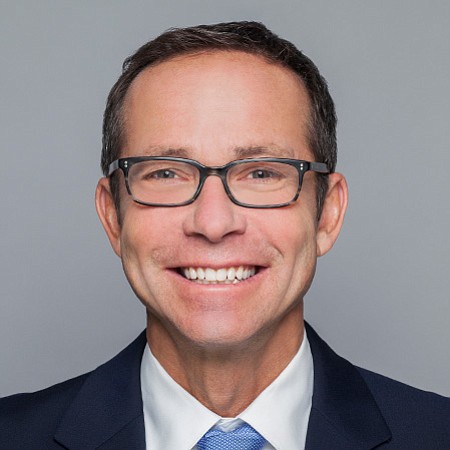 Richard Lovett is president of Creative Artists Agency, the entertainment, and sports agency with a roster of award-winning actors and athletes. Under Lovett’s leadership, CAA launched Evolution Media, an investment banking affiliate, in 2008. It has advised on more than $47 billion in transactions to date. Lovett and his CAA partners also created a philanthropic arm, the CAA Foundation, which seeks to get the entertainment industry involved in philanthropies with a focus on education. Lovett spearheaded the launch of “School Day,” an annual fundraising event benefitting education-based organizations. He is chair of the Entertainment Industry Foundation’s Think It Up national education initiative, a member of the DonorsChoose.org board of directors, and recipient of the Shoah Foundation’s Ambassador for Humanity Award, presented by Steven Spielberg, in 2016. The Wisconsin native started in the CAA mailroom before rising through the ranks from agent trainee to agent in the motion picture department. He became president in 1995.