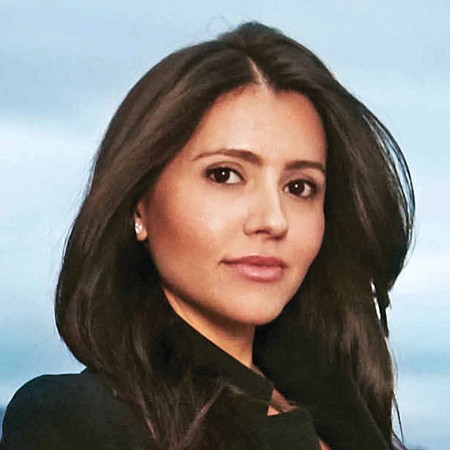 Rayni Romito Williams, co-owner of Williams & Williams Estates Group, specializes in high-end real estate with a celebrity clientele that includes Jeremy Renner, Jennifer Lopez, and Bruce Makowsky. She has sold more than $4 billion in real estate over the course of her career. Williams grew up in a family of developers but landed in the lending business before turning to real estate in 2005. She and her husband, Branden, hit a career milestone in April with the $110 million sale of a Richard Meier beachfront house in Malibu – the highest home sale for the tony beach town. Williams and her husband were honored last year for their work with the Zimmer Children’s Museum.

My proudest moment was after having my first child and realizing that I could be both a hands-on, devoted mother and a successful businesswoman. About five months after giving birth, I realized that I could really do it just like the strong women before me including my mother, my grandmother and a list of entrepreneurial women who I deeply admire. It was a very surreal moment when it all clicked that the whole theory that women “can’t have it all” just isn’t true… Women can have it all. You can be an amazing mom and an amazing leader in the workforce in whatever you do. In fact, I am better at both because I have the mother/business dichotomy.

Our next project is a surprise... we have some upcoming spectacular houses with cutting-edge creative work that we’re super proud of. Not to mention another Williams & Williams Estates Group endeavor that incorporates our philanthropy and foundation with real estate.

Maya Angelou is my hero for her strength to take adversity head-on and become a visible spokesperson to help inspire those around her. Severely abused by her stepfather as a child, she had to find a way to get through the extreme turmoil in her own home and the racial tensions of the outside world. For many years, she remained silent and was believed to be mute, but she ultimately found her voice and went on to become one of the most prolific poets and civil activists of our lifetime. I have held tight to her story and words have resonated with me since I was a child and, after her recent passing, her impact on me came full circle and I realized she’s my true hero.

I like everything about L.A.! I grew up on the East Coast where the weather alone is harsh and you have to fight for everything. When I moved here in 2001, I couldn’t understand why everyone was so happy, wearing flip-flops and walking around on the streets like they didn’t have jobs. It took me several years to figure out that everybody’s working and has something going on, but it can be done with an easier, lighter attitude. With incredible weather every day of the year, it truly affects people’s moods for the positive.