Some of L.A.’s powerbrokers wield influence through new media alongside traditional channels. They’re not selling lipstick, but they do sell ideas.

“I think it’s great,” said the 69-year-old developer who serves as president of the Los Angeles Police Commission.

Efficient, too – 5,000 or so LAPD officers follow Soboroff, about half of the department’s cops.

The longtime civic leader and one-time candidate for mayor takes another tack when he wants to get the attention of smaller groups of fellow power players – he pulls out his typewriter.

Not an electric typewriter, mind you. Soboroff has a real, old-school manual typewriter – the kind that looks as though it pounded out film noir scripts back in the 1940s. He collects vintage typewriters, including one that was once owned by Theodore Kaczynski, the infamous Unabomber.

Group email campaigns tend to generate a low rate of response, Soboroff said, while his typed missives beat even a handwritten note when it comes to prompting replies.

“It’s the coolest way of communication,” he said. “I wrote a note to 12 people, asking them to contribute to something, and I got 10 out of the 12.”

The enthusiasm for the typewriter doesn’t mean Soboroff bemoans the loss of the good old days before the internet. The manual typewriter has gained a retro cool he can use to his advantage, but he also delights in the advantages of recent digital communication platforms, particularly when it comes to the relationship between law enforcement and the community.

“The characteristics and mannerisms of people who are successful and influential are the same,” Soboroff said. “There always have been tools to be influential, and the tools change, but the job gets done.”

The forward-thinking Soboroff is not alone among prominent Angelenos who built their careers pre-internet, and certainly before social media became a powerful marketing tool. You don’t get ahead without thinking outside the box, after all, and that often means embracing new technology.

So it’s not surprising to find many L.A. business and community leaders of a certain age who in no way resemble the stereotype of the befuddled senior who can’t figure out how to post family photos from iPhone to Facebook.

“You don’t work around it, it’s a fact of life,” Kantor said of digital communication.

“When I became secretary of commerce, the internet was on the sixth floor of the Commerce Department in Washington, D.C. There weren’t 100 websites in the world. There are rapid changes in the world.”

Kantor doesn’t bother much with Facebook and social media himself but has no problem with those who do. He’s not bothered by seeing people on the street or in line at the coffee shop glued to their cell phones.

“When I see people out on the street, or wherever they are connecting, I think it’s a good thing,” Kantor said. “It connects human beings who are sharing information, sharing ideas, building relationships. We all know the negatives of it, but that’s the same with every new technological change we go through.”

Los Angeles’ established business leaders do seem to have one quibble with the millennials, or the so-called digital generation: The definition of influence. More specifically, the word “influencer.” 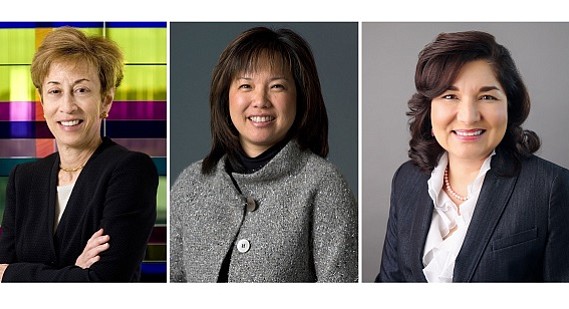 According to the Oxford Living Dictionary – online version, of course – “influencer” means “a person or thing that influences another.” However, this same dictionary offers another, newer definition: In marketing, an influencer is “a person with the ability to influence potential buyers of a product or service by promoting or recommending the items on social media.”

Traditional influencers interviewed for this story tend to reject the new definition when it comes to the motivations of themselves or their companies.

“I wouldn’t myself use that word,” said Russell Goldsmith, 68, chief executive of City National Bank, headquartered in downtown. “To the extent that we have any influence, it’s really not because of our social media posts … it’s not about tweeting, it’s about doing. At City National Bank, we do things. We lend billions of dollars, we manage billions of dollars, we opened an office in South Central. Social media is a useful and important tool, but it’s just a small part of what we do.

“I wouldn’t use the word influence, I’d use the word impact,” Goldsmith added. “Lending, investing, advocating, employing, providing financial services to diverse communities, that’s how you make a difference.”

Debra Wong Yang, 57, a partner and member of the executive committee in law firm Gibson Dunn & Crutcher’s Los Angeles office in Century City, joked about the term influencer: “I’m too old to use that kind of language,” she said.

“It’s not a continuum in my mind,” Yang said. “It’s more the episodic times in your life where you have challenges and meet those challenges, that becomes the patina of your reputation. If you are presented with an opportunity that’s really big, a big case, a big matter, if you are able to come to that and do a good job, it starts to build a public presence.”

If the case is big enough, she said, positive press coverage might become part of cementing that reputation.

Yang said lawyers traditionally don’t do a lot of tweeting or social media posting about their cases due to attorney-client privilege. However, as an attorney who is often involved in crisis management, she said social media may play a necessary role in damage control.

“I had a matter that involved a recall of a product, and the media was moving very quickly on the messaging. It was really hard to keep up with it,” she said. In such a case, she said, social media may be the quickest way to provide up-to-date safety information about a product in question.

Yang said she enjoys social media connection on a personal level, and uses its platforms almost daily, including Snapchat, perhaps the most unlikely choice for the mature communicator.

“It (social media) offers a quick way to message people … on a professional level, it’s just another avenue to get data, and an avenue to push out data,” she said.

And, Yang added, “I think, for the younger generation, there is a whole vocabulary around (social media platforms). They speak in that vocabulary, and if you are not savvy to it, you make yourself an outlier.”

Maria Salinas, a financial consultant who assumes the post of president and chief executive of the Los Angeles Area Chamber of Commerce on Aug.1, said she needs to get better at social media. She currently uses LinkedIn and Twitter, and plans to dive more deeply into Twitter in her new role. She will be the first woman and first Latina in the job.

“I look to Twitter as a platform where I follow key leaders both locally and internationally,” Salinas said. “I do know I will be launching various initiatives and programs, and I’m looking to broadcast that through Twitter and LinkedIn…I’m a big believer that it can amplify the work done, and tap into a younger generation.”

Patricia Glaser, 70, a partner and head of the litigation department at Glaser Weil Fink Howard Avchen & Shapiro in Century City, readily admits that she takes her computer problems to her grandsons – and has yet to embrace social media.

“But everybody around me does, and I’ve certainly asked people to look something up on a social media site,” she said.

She’s not in a hurry to join the crowd, though.

“Personally, I’m not involved in that – that doesn’t mean it isn’t good, it’s just not who I am,” Glaser said. When it comes to social media, don’t get her started. “You know what, I don’t have time for inane conversation with, or advice from, people I don’t know. It’s very intrusive of one’s personal life, and it’s addictive. When I get into an elevator, everyone’s head is down. Really – is it that important? The impact is that people are less sociable.”

Glaser said she is proud of having become influential through hard work and building her reputation in her field, not by collecting Instagram followers.

“This sounds like I’m an old lady, but two things (matter) as a trial lawyer: You have to win more than you lose, and you have to be honorable,” she said. “I didn’t say nice … I don’t care if you like me. I really don’t. I have no need to be liked … but I do want your respect. You are going to have more respect for me if you know I’m never going to lie to you.”

Glaser said hard work and trust-building gets her calls answered on cell or landline.

There’s an irony here because Glaser’s takeaway on the subject would make a perfect inspirational post for your Facebook page.

“My own view is, unless you’re a genius, and most of us are not, you have to work hard to be good at what you do,” she said. “You can’t snap your fingers and only work 9 to 5 and expect to be as good as the person who works a little harder and wants it a little more. People pay a lot of money for us, and I can’t afford to have people around who can’t cut it, including myself.”