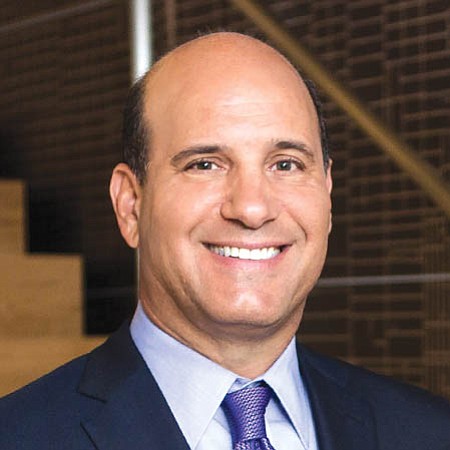 Michael Burke is chairman and chief executive of Century City-based engineering giant AECOM. The multinational company has a market capitalization of more than $5 billion, with 87,000 employees and infrastructure assets in more than 150 countries. Burke joined the company in 2005, was named chief financial officer in 2006, president in 2011 and chief executive in 2014. His instrumental role in the growth of AECOM includes directing the company’s 2007 initial public offering on the New York Stock Exchange and leading its $6 billion purchase of URS Corp. in 2014. Burke previously served as western area managing partner at accounting firm KPMG, which he joined in 1990. He currently is a member of the Business Roundtable board of directors and the chair of its infrastructure committee. He also serves on the board of Archer Daniels Midland Co., one of the largest agricultural processors and food companies in the world. He previously served as a director for LA 2028, the committee responsible for bringing the 2028 Olympic and Paralympic Games to Los Angeles.

At any given time, AECOM manages tens of thousands of projects around the world and each one carries great potential in transforming lives and communities. Given our broad range of capabilities and global expertise, we are asked to deliver some of the world’s most complex, iconic infrastructure projects – from our joint venture building Los Angeles’ newest stadium, to our recent selection to design the Gordie Howe International Bridge, which will be a major economic gateway between Canada and the United States.

Los Angeles is not only our global headquarters, it is a world-class city with unlimited potential for delivering the infrastructure of tomorrow and serving as a model for cities around the world. What truly makes this city great is the diversity of the people that live and work here.