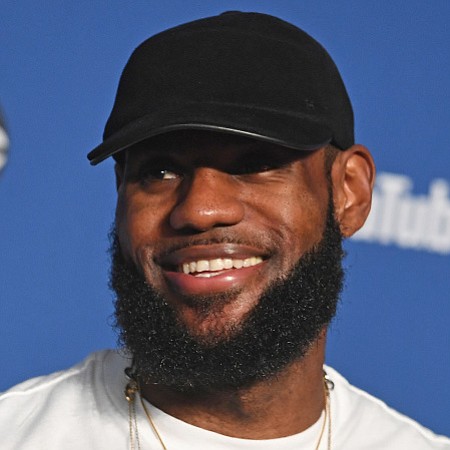 Professional basketball player LeBron James is a new entry to the LA500, thanks to the July announcement that he has agreed to a $154 million, four-year contract with the Los Angeles Lakers. James has been playing basketball professionally since he was 18 and has accumulated a long list of sports accomplishments, including multiple Most Valuable Player awards, NBA championships with two different teams and two Olympic gold medals. He started his career in 2003 with the Cleveland Cavaliers and landed on the NBA All-Star team the following year. His decision to move to the Miami Heat in 2010 was the subject of a protracted TV special called “The Decision.” He returned to the Cavaliers in 2014, staying for four more seasons and winning two championships before announcing his move to the Lakers. Former Laker player and Los Angeles businessman Magic Johnson was reportedly instrumental in convincing James to make the move to L.A. James has inked product endorsement deals and has appeared in films, such as the 2015 Amy Schumer vehicle “Trainwreck.” James owns Uninterrupted, a digital video company featuring pro athlete-produced content, and is a partner with Maverick Carter in SpringHill Entertainment, which produces content for television and other outlets.