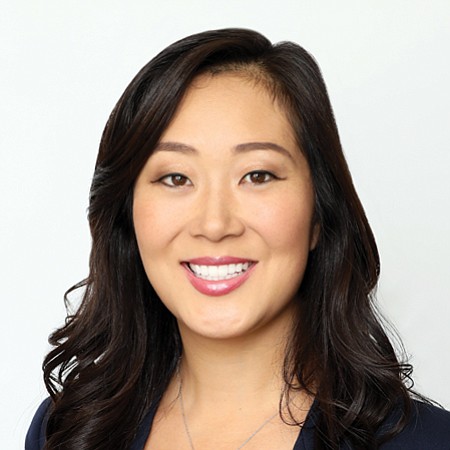 Jaime Lee has been having a banner year. The chief executive of Jamison Realty oversees 20 million square feet of Southern California real estate, including several residential projects in the works in L.A.’s Koreatown neighborhood. Jamison’s biggest project to date, a $500 million mixed-use development in downtown, which will feature two towers, 648 residential units and lighted signage that aims to rival New York’s Times Square. But that’s not all Lee has on her plate. Los Angeles Mayor Eric Garcetti named her to the Los Angeles Board of Harbor Commissioners in April. She has served as board president and commissioner on the Los Angeles City Employees’ Retirement System Board of Administration since 2014 and as commissioner on the Los Angeles City Industrial Development Authority and the Los Angeles City Quality and Productivity Commission. She was elected in May to the board of trustees at USC, her alma mater. Lee, who holds a bachelor’s degree in English from USC and a law degree from the university, has served as president of the USC Alumni Association Board of Governors, a Provost member of USC Associates and a lecturer at USC Gould, the USC Price School of Public Policy and the USC Marshall School of Business. Lee has become the public face of the company founded by her father, David Lee, in 1995.