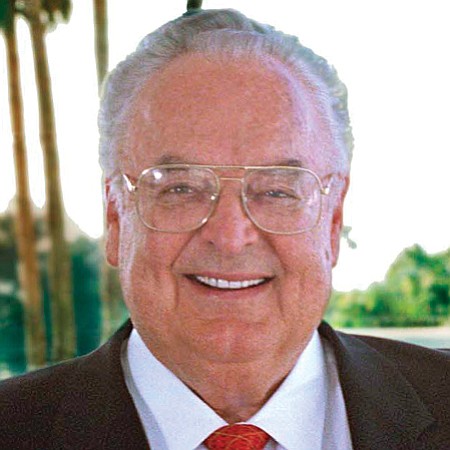 H.F. “Bert” Boeckmann II began his career as a Galpin salesman in 1953 while a student at USC. He was promoted to general manager in 1957 and to vice president of Galpin Ford in 1960, after which he began a gradual buyout that eventually led to his owning the company by 1968. Galpin Motors, based in the San Fernando Valley since 1946, is a world-renowned, award-winning automotive enterprise with a number of franchises, along with Galpin Auto Sports, a full in-house customizing and aftermarket center; Galpin Rentals; the Horseless Carriage Restaurant; and Galpin Starbucks. Galpin Ford, the company’s flagship store, was again named the top-selling Ford dealership in 2018, a title it’s held 28 years in a row. Ford Motor Co. last year presented Boeckmann with its inaugural Dealership Hall of Fame Award for a lifetime of achievement and leadership. Boeckmann’s son, Beau, is president and chief operating officer of Galpin Motors.