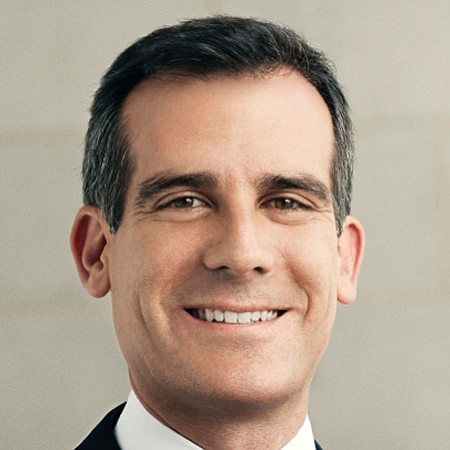 Eric Garcetti was re-elected mayor of Los Angeles in 2017. His agenda is heavily focused on creating jobs, addressing homelessness and solving everyday problems for residents. As mayor he launched the L.A. College Promise to improve access to higher education and helped spearhead the effort to bring the 2028 Summer Olympic Games to Los Angeles. In 2018 he formed a partnership with the philanthropic sector to refurbish nearly 350 athletic courts across the city. Before taking office Garcetti represented the 13th City Council district, which includes Hollywood, Echo Park, Silver Lake and Atwater Village, among other neighborhoods – all of which were dramatically revitalized during Garcetti’s tenure. Raised in the San Fernando Valley, he earned his bachelor’s and master’s from Columbia University. He studied as a Rhodes scholar at the University of Oxford and the London School of Economics and has taught at Occidental College and USC.