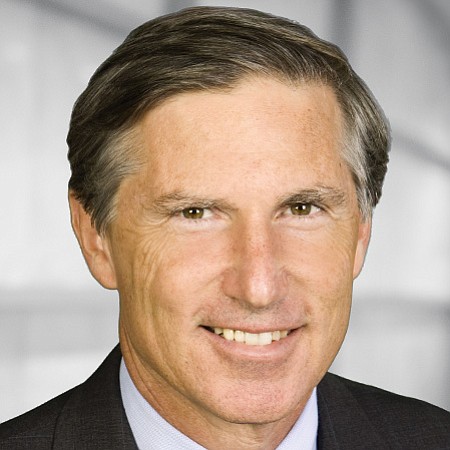 Bruce Karsh co-founded global alternative investment manager Oaktree in 1995 with Howard Marks. Oaktree as of March 2018 had $121 billion in assets under management. Karsh serves as portfolio manager for a number of the firm’s strategies, including Distressed Opportunities and Multi-Strategy Credit. Prior to co-founding Oaktree, Karsh was a managing director of TCW Asset Management Co. He previously worked as assistant to the chairman of SunAmerica Inc. An attorney by training, Karsh’s career also included a stint with O’Melveny & Myers and a clerkship for Supreme Court Associate Justice Anthony M. Kennedy, who will retire on July 31, when the associate justice was a judge on the U.S. Court of Appeals for the Ninth Circuit. Karsh is a member of the investment committee of the Broad Foundations and a trustee emeritus of Duke University. Karsh, who has an estimated net worth of $1.9 billion, is No. 36 on the Los Angeles Business Journal’s list of Wealthiest Angelenos.