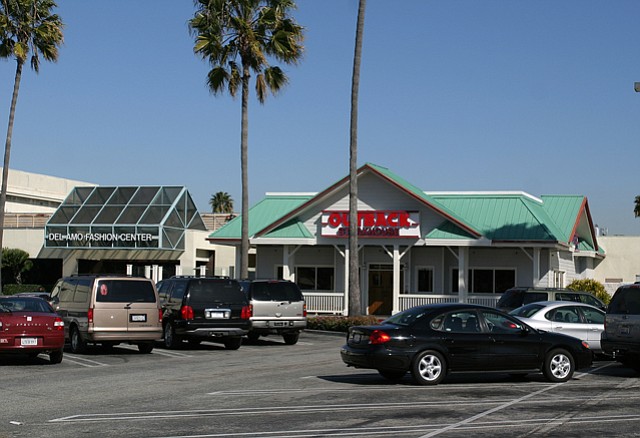 The cranes and construction at some Los Angeles County retail centers highlight the pressure felt by mall owners facing the growth of Amazon.com Inc. and other e-commerce companies, as well as consumers who want memorable experiences when they shop.

The county’s largest 25 retail centers, ranked by the Business Journal by gross leasable area – or the amount of floor space available to be rented in a commercial property – appear to face the same stark choice as their counterparts do elsewhere in the nation: Adapt or die.

Compare two local retail centers: Westfield Century City, tied at No. 7 on the list with about 1.3 million leaseable square feet, and the Westside Pavilion, a smaller mall which did not make the Business Journal’s list. The shopping centers are less than two miles apart on the Westside of Los Angeles and serve roughly the same population.

The former, owned by the France-based Unibail-Rodamco-Westfield, recently underwent a $1 billion renovation, adding more than 400,000 square feet of space to the mall, including more than 100 new shops to its open-air layout.

It also added food-related tenants such as the popular Italian food emporium Eataly, and the Taiwanese-based restaurant Din Tai Fung with its signature soup dumplings. The mall owners now claim to offer a dining experience rather than just a passive meal.

Retail brokers and developers say the result has created a vibe at a place where people want to spend time with their friends and family.

Westside Pavilion, on the other hand, will be redeveloped to mostly office space by 2021 through a joint venture of Westside-based real estate investment trust Hudson Pacific Properties and Macerich Co., a Santa Monica-based REIT. Macerich also owns No. 7-ranked Los Cerritos Center, No. 19-ranked Stonewood Center in Downey and Santa Monica Place, which is not on the list.

The enclosed Westside Pavilion, which opened in 1985, has in recent years struggled against competition from other nearby shopping centers such as Santa Monica Place and Third Street Promenade in Santa Monica, which offer outdoor communal experiences, such as music, gathering places and public art programs.

“(Westside Pavilion) always felt like every other enclosed mall you ever went to,” said Sandy Sigal, chief executive of NewMark Merrill Cos., a Woodland Hills-based shopping mall developer and manager. “Westfield was smart enough to create more of a sense of a place to hang out.”

An increasing number of retail centers are adding tenants such as gyms and medical offices to lure customers and keep them in the mall for longer periods of time with amenities that offer other purposes besides shopping. Equinox Fitness Club operates a gym at Westfield Century City. UCLA Health System offers family medicine, internal medicine, pediatrics and urgent care at that retail center too.

Although the Business Journal’s list is ranked by floor space – most of the county’s largest retail centers date from the 1960s and 1970s – retail experts say the size of the mall, which has historically determined the number of shops to buy things at, isn’t the thing that matters most anymore.

The Grove, owned by Caruso and located in the Fairfax district, didn’t make the Business Journal’s list of top 25 retail centers due to its smaller leaseable space, but it’s frequently lauded as the gold standard in what a successful retail experience should look like.

Besides stores, restaurants and a movie theater, The Grove offers concerts, yoga classes, picnics, puppet shows, a trolley and a water feature and uses classical architecture to resemble a traditional downtown rather than a mall. The Americana at Brand, another Caruso creation that didn’t make the list, features free outdoor movie nights in the summer, Pilates classes and other offerings.

“Some people call it the de-malling of the mall,” said Kazuko Morgan, vice chairman of retail at Cushman & Wakefield.

Faced with these realities, mall developers and owners are taking action.

Simon Property Group Inc. of Indianapolis completed a $300 million renovation of Del Amo Fashion Center in Torrance, which topped the Business Journal’s list at 2.4 million square feet of gross leasable space. More than 71,000 square feet of vacant shops were demolished to make room for a Dave & Buster’s, a restaurant chain that offers an extensive array of video and boardwalk-type games.

Burbank Town Center, No. 9 on the list with 1.2 million square feet of leasable space, recently finished a $40 million effort to turn the mall into a more modern gathering area. It currently offers outdoor movie nights, live music, crafts and games and a martial arts store.

The area next to the Burbank mall, which held an IKEA furniture megastore that re-located nearby, is slated for more than 70,000 square feet of commercial space, 200 hotel rooms and 1,100 housing units by owners Crown Realty & Development Inc. of Irvine and Capref Manager, a Dallas-based real estate firm.

Chicago-based developer Capri Capital Partners is planning a $700 million redevelopment of Baldwin Hills Crenshaw Plaza, located in the Crenshaw district of South Los Angeles and ranked at No. 22 on the list at 870,000 square feet of leaseable space. Its plan calls for the mall to be turned into a mixed-use development with more than 900 new condominiums and apartments, a 400-room hotel, new offices, restaurants and an outdoor retail village.

Taubman Co. of Bloomfield Hills, Mich., owns Beverly Center, ranked No. 21 on the list. The developer is putting the finishing touches on a $500 million renovation that will, in part, add “a continuous ribbon of skylights” to the enclosed mall, which first opened in 1982.

Manhattan Village, located in Manhattan Beach and owned by Kansas City-based developer RREEF Property Trust Inc., undergoing a $180 million makeover with new flooring, seating areas, skylights and other amenities. A smaller mall, it is not on the Business Journal list.

Although Los Angeles County isn’t immune from the structural shift in the retail sector, its population density, diverse economy and current low levels of unemployment can cushion some of the blow, experts say.

The downsizing of retail giants such as Sears Holdings Corp., Macy’s Inc., and J.C. Penney Co. Inc., which for decades have served as anchor tenants for malls, is giving – or forcing upon – mall owners the opportunity to adapt with the times.

Phil Voorhees, at CBRE Group Inc., predicted that the malls on the Business Journal’s list would exist in 30 years – albeit with apartments and offices attached.

“They’re not going away overnight,” he said.