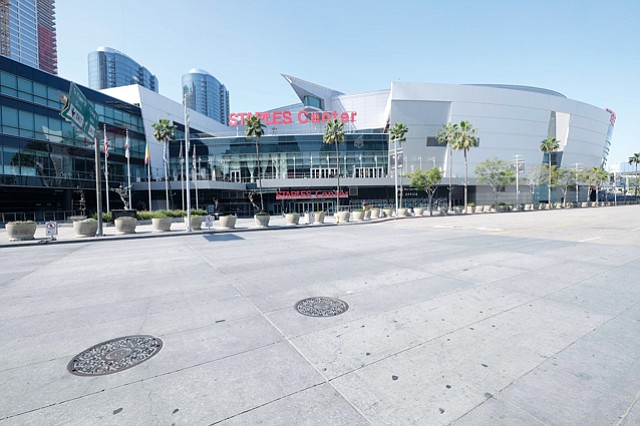 The commitment said that musicians could only play at AEG-owned O2 Arena in London – easily that city’s biggest indoor music arena – if they also performed at the AEG-owned Staples Center in downtown Los Angeles.

The tying agreement breaks U.S. anti-trust law, Osbourne said, and deters him from playing at the refurbished Forum in Inglewood. The Forum is owned by Madison Square Garden Co., whose ticketing is done through Live Nation-owned Ticketmaster.

AEG’s motion to dismiss denies there’s a Staples Center commitment. Further, AEG argues an injury to Ozzy Osbourne is different from, “Harm to competition in the market as a whole.”

Legally, there might be a better case against AEG if the lawsuit was filed by its direct business competitor, Live Nation, instead of Osborne, said Bill Hochberg an entertainment lawyer at Greenberg Glusker Fields Claman & Machtinger.

“But in terms of optics,” Hochberg said. “It’s much better that Ozzy brought it than a big company like Live Nation.”

Los Angeles-based AEG and Beverly Hills-based Live Nation have feuded since at least 2010, when Live Nation completed its purchase of Ticketmaster.

The companies are leaders in multiple aspects of live music and sports entertainment: Venue management, ticketing, and talent management.

The ownership of KTLA-TV, Los Angeles’s oldest television station, is in limbo because of questions federal regulators are raising.

Sinclair’s Tribune purchase would give the company a station in Los Angeles, as well as the New York and Chicago markets, for the first time.

Pai’s words further postpone action on a deal agreed to fourteen months ago. According to FCC spokesman Brian Hart, the agency’s next step in reviewing Sinclair’s acquisition is a vote among its four commissioners on whether to hold an administrative hearing to analyze the deal.

No timetable is set on a vote for an administrative hearing, Hart said, much less a target date for federal approval – or rejection – of the acquisition.

KTLA is currently the fifth-most viewed Los Angeles TV station, based on a Business Journal analysis of Nielsen ratings.

KTLA referred questions about its ownership to Tribune Media.

A Tribune Media spokesman declined comment on whether the deal limbo impacts business at KTLA. The company instead referred to a press statement that it is disappointed by Pai’s announcement, but, “Tribune operations have been strong in 2018.”

Tribune Media was spun off in 2014 from Tribune Publishing Co., former owner of the Los Angeles Times and other Southern California publications.

Herzer has argued to no avail that Shari Redstone and Shari Redstone’s son, Tyler Korff, changed how the nonagenarian’s fortune will be divvied up in a way that Sumner Redstone would have objected to if he had been competent to make those objections.