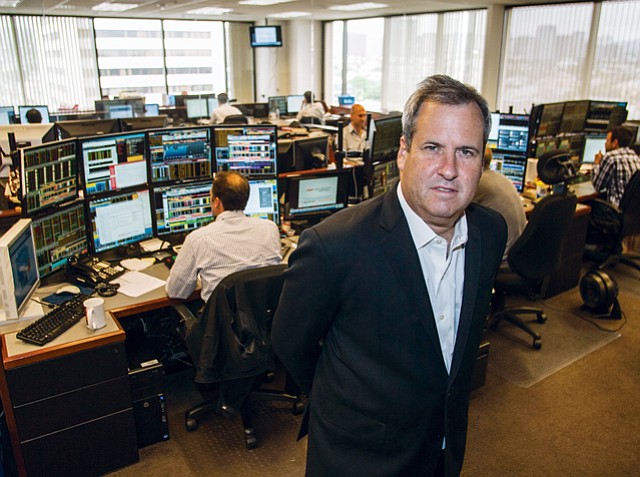 The firm said Kenny Young would take over as B. Riley’s president, and also maintain his role as head of the company’s B. Riley Principal Investments unit, which acts in a quasi-private equity role.

“Tom has been by my side for over 20 years and has been the visionary in many respects for intra-company collaboration,” Bryant Riley said in a statement. “Kenny has done an incredible job with operating B. Riley Principal Investments, and with his past experience managing large corporations, he will be instrumental in scaling our businesses. I am proud of what we have collectively achieved and excited to see what the future holds.”

B. Riley has grown since it went public in 2014 through a reverse merger with liquidator Great American Group, based in Woodland Hills. The firm’s stock was initially traded over the counter, and listed on the Nasdaq in 2015.

The company’s current market cap is approximately $595 million, with its shares trading at $22.75 at market close July 12. Shares were up more than 120 percent since they were first listed on the Nasdaq.

“Personally witnessing the growth of B. Riley from a one-office, research-focused firm to a diversified company, with over 50 offices around the globe and almost 900 professionals, has been rewarding and has surpassed our expectations,” he said. “That said, I am also confident that we’re just getting started.”

The fine comes as part of a settlement negotiated by Oaktree and the SEC after regulators found three individuals at the firm made political campaign contributions to candidates in California and Rhode Island that exceeded limits imposed by the agency. SEC rules forbid donations of more than $350 to candidates who have the ability to influence the selection of investment managers.

The SEC determined contributions were violations because the political donations at issue were made to candidates who had influence over the selection of investment managers, and also because the rule at issue does not require any quid pro quo arrangement for such a finding.

“Colony Capital is very proud to have created and supported DATA4 in its development,” Nadra Moussalem, Colony Capital head of European investment management, said in a statement. “I would like to thank the investors who trusted us and congratulate the teams who made Marcoussis the largest data hosting center in Europe and have succeeded in replicating the company’s success internationally.”