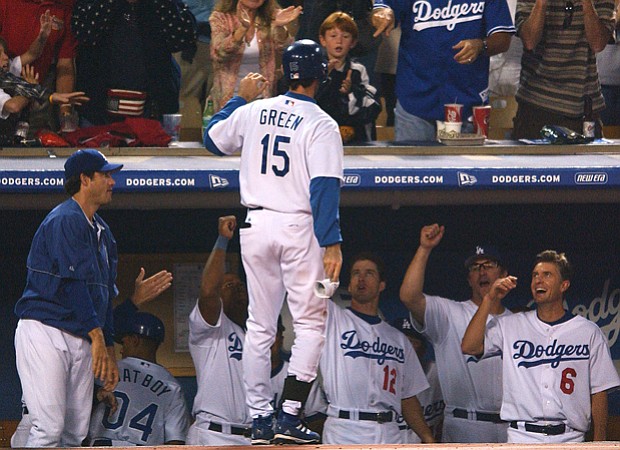 The deal for Open Door – which does business as Opendoor – was a model for the type of investments Fifth Wall is looking to find, said firm co-founder and Managing Partner Brad Greiwe in a blog post.

“Industry disruption doesn’t have to end with a company’s demise,” Greiwe said. “When incumbents embrace startups, businesses are not only enhanced, but they thrive. And the validation on both sides is clear: Lennar is establishing themselves as the leading tech-enabled home builder and Opendoor is going to market with buy-in and support from the largest incumbent in its category.”

Fifth Wall’s pitch when it launched in May 2017 was to find potentially industry-changing real estate tech investment opportunities for its limited partners – many of whom are established real estate players such as Lennar, which is based in Miami and keeps its operating headquarters in the Orange County city of Aliso Viejo; CBRE Group Inc. of downtown; and Santa Monica-based Macerich Co. The firm’s first fund closed with $212 in commitments.

The $135 million Open Door deal was the firm’s biggest to date, and they claim one of the biggest real estate tech investments yet.

There’s also room for smaller deals, however, such as the $4.5 million Enertiv round.

“What impressed us about Enertiv was its ability to unlock large savings in buildings that have historically lacked robust operations management capabilities,” said Fifth Wall Senior Associate Adam Demuyakor in a statement. “With potential payback periods of less than a year, the firm’s product offerings for multifamily and office landlords are very attractive.”

Greenfly, a developer of a social media engagement program Green co-founded, raised an $8.5 million Series B that included participation by Elysian Park Ventures, a VC firm founded by the Dodgers’ ownership group.

The $8.5 million round led by Alpha Edison was announced by Greenfly last week.

Santa Monica-based Greenfly’s online platform is designed to help companies collaborate with a network of brand endorsers, staff, and passionate customers to create and share content. The system could be used, for example, to coordinate the announcement of a new product across hundreds of individual social accounts, and various social networks like Facebook, Instagram and Twitter.

The startup was founded in 2014 by Green, who also acts as chairman, and Greenfly Chief Executive Daniel Kirschner, former head of corporate affairs at Activision Blizzard Inc.

Investors in the company also include Iconica Partners and Corazon Capital, who along with Elysian Park also put down money in the Series A round, which closed November 2016.

The firm said Jan. 24 it made a junior capital investment in Musculoskeletal Clinical Regulatory Advisers, an advisory firm and clinical research organization for the neuro-musculoskeletal and medical device industries. Caltius Structured Capital typically invests between $7 million and $50 million as part of investments that do not give it a controlling stake in a company, according to the firm’s website.

“We are very excited to be partnering with MCRA to help management continue the company’s proven growth strategy,” said Alisa Frederick, managing director for Caltius, in a statement. “MCRA’s holistic approach to solving clients’ critical and complex issues has earned the company a market-leading position in the regulatory and clinical consulting space.”

Caltius Structured Capital has invested in 64 transactions since it was founded in 1997, the firm said.