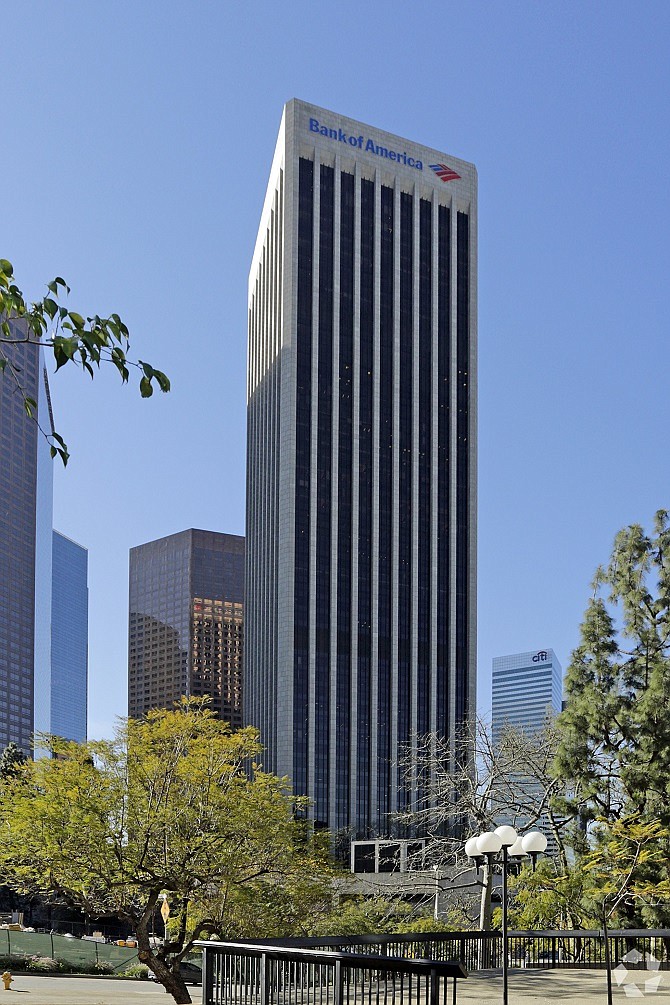 Bank of America is expanding at its namesake plaza at 333 S. Hope St. in downtown, extending its total footprint within the 55-story, 1.4 million-square-foot property to 218,000 square feet.

Brookfield Office Properties Inc., which owns Bank of America Plaza, said the Charlotte, N.C.-based bank will relocate its regional Merrill Lynch and U.S. Trust offices from other downtown locations to the plaza. The move will add an additional 54,000 square feet to Bank of America’s footprint in the property.

Bank of America has made similar consolidation moves at properties in New York, Chicago and Houston, Brookfield said.

Downtown’s Bank of America Plaza is now 93 percent leased, with The Capital Group Cos. Inc. still its largest tenant at 306,000 square feet. The plaza’s other tenants include the law firms of Sheppard Mullin Richter & Hampton, Kirkland & Ellis and Alston & Bird.