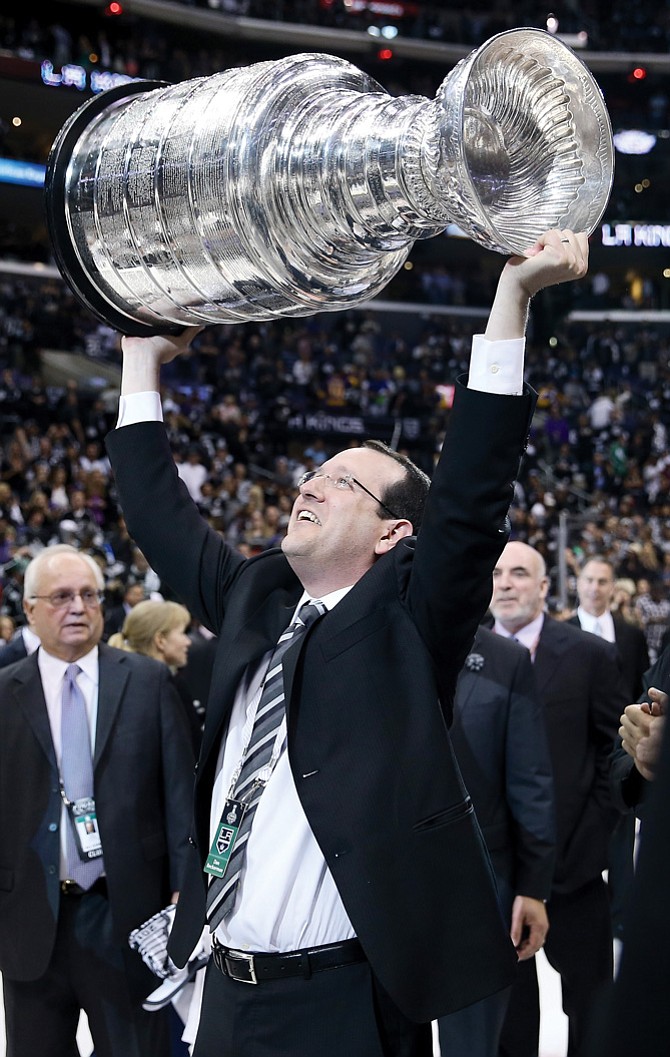 Get a globe if you want to see the office of Anschutz Entertainment Group President and Chief Executive Dan Beckerman.

The company, a subsidiary of Anschutz Corp., owns and operates stadiums, arenas, theaters and convention centers from Australia to Sweden to China to the United Arab Emirates. It also owns two entertainment districts – including London’s O2 Arena.

Its portfolio also includes L.A. Live, a catalyst of downtown’s renaissance that has become a major destination in a city filled to the brim with world-class entertainment.

“When you look at markets that lend themselves to having successful sports franchises, L.A. is at the top of that list,” Beckerman said. “You have a strong market, a deep market. There is a corporate base. There is an entertainment base.”

AEG’s seemingly mild-mannered chief executive stands in contrast to the flashy athletes, performers and personalities that fans come to see at its venues.

Beckerman certainly doesn’t fit the model of the larger-than-life sports executives such as Jerry Jones of the Dallas Cowboys, Earvin “Magic” Johnson of the Lakers or the late George Steinbrenner of the New York Yankees.

But he admits to getting emotional when he watches footage of the Los Angeles Kings in 2014 winning its second Stanley Cup trophy, this time via a double-overtime goal over the New York Rangers.

“When I see that clip of that – even now I get a little choked up thinking about it,” Beckerman said. “It gets me every time. I show that video 300 times a year.”

Beckerman and AEG toil behind the scenes on the day-to-day work of managing and maneuvering the corporate entity that makes those great moments possible.

Beckerman has been involved in the company since the Kings hired him to be the team’s chief financial officer in 1997. He later worked for AEG as its chief operating officer as well as its chief financial officer. He rose to the chief executive position after his predecessor, Tim Leiweke, suddenly resigned in 2013 shortly after AEG took itself off the market for sale.

Beckerman’s tenure has seen the Kings’ win their second Stanley Cup championship, the Galaxy’s rack up a fifth Major League Soccer title and the Chargers’ temporary residence at the StubHub Center in Carson as part of the NFL franchise’s relocation from its long-time home of San Diego. (The Chargers plan to move to Los Angeles Stadium and Entertainment District at Hollywood Park in Inglewood, joining the Rams in 2020.)

Downtown has continued to flower in Beckerman’s time at AEG’s helm, too, a notable turn that owes much to the development of Staples Center in an area that was largely seen as tired and comprised of dusty parking lots before the arena opened in 1999.

“When we first developed Staples Center, downtown was a very different place,” Beckerman said. “This was not a destination.”

Since that time, the city’s downtown area has been a haven for new restaurants and shops and new residents – some of whom don’t have to travel very far to watch games or shows at Staples Center.

“A lot of our season ticket holders live right here in downtown L.A. and they walk to games,” Beckerman said. “That’s something we had hoped for but didn’t necessarily foresee 20 years ago, and I think frankly makes the location even better than we had dreamed it could be.”

It definitely helped that Staples Center had immediate success. The arena was a financial boon for AEG – and the venue opened just as the Lakers won the first of three consecutive NBA championships with Shaquille O’Neal and Kobe Bryant.

“It instantly became established as a place for going to an arena event,” he said.

AEG opened the Staples with three major league teams—the Clippers and Kings joined the Lakers. It also worked to add to that base, and has been the home of the Grammy Awards, among various other events, since 2000. AEG later directed the creation and development of L.A. Live, home to Microsoft Theater and the Conga Room as well as the Ritz-Carlton and JW Marriott hotels.

Beckerman, meanwhile, also has overseen the arena’s continued involvement of more cutting-edge sporting events, such as the X Games and Riot Games’ League of Legends e-sports championships. The latter event draws tens of thousands of fans and spectators who pay money to watch the world’s best video game players battle one another on the big screen.

Part of L.A. Live’s success has been the savvy way it has catered to different tastes, groups and interests that abound in a market as large and diverse as L.A.

“We’re always trying to create other types of events that we can bring through our entertainment districts, and e-sports is a good example of that,” Beckerman said.

Challenges ahead for AEG include the possibility that the Clippers could vacate Staples Center and build their own arena in Inglewood once the team’s lease downtown expires in 2024.

“That has always been our philosophy,” he said.