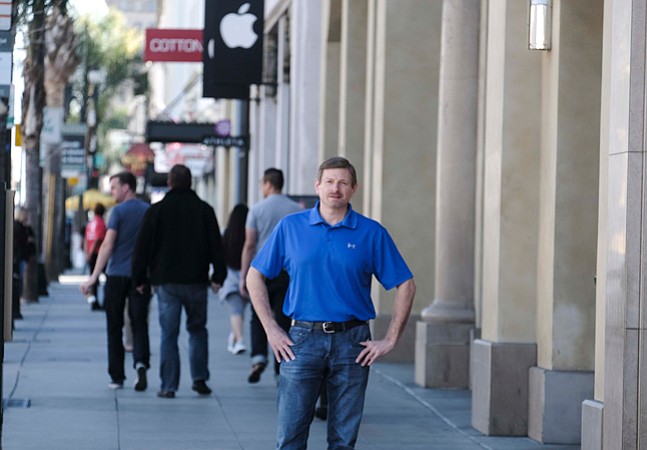 Pasadena is credibly considered the cerebral cortex of Los Angeles County, but it often gets overlooked as a business hub.

Proponents of the city – home to institutions such as Caltech, whose faculty and alumni have won 38 Nobel Prizes – argue that the area’s diverse set of companies deserve a second look. They claim the city has become a serious player in Southern California’s startup scene in the last five years, with new companies launching at an increased pace.

“Pasadena has always been below the radar because it didn’t directly interface with the consumer,” said Mike Giardello, president of Innovate Pasadena, a nonprofit that promotes technical innovation, noting the city’s relative lack of consumer-facing companies. “But for those in the world that understand the cutting edge of research… it really punched way (above) its weight class. It never was really recognized for what it had.”

Proponents point to anecdotal evidence that the city is beginning to hit its stride, with a flurry of co-working space openings, new outposts established in town by several Fortune 500 companies, surging interest in the area’s deep ranks of autonomous technologists and a growing number of startups.

Underpinning the region’s growth is a cadre of first-rate universities and institutions, including Caltech, NASA’s Jet Propulsion Laboratory and ArtCenter College of Design, city boosters said.

They add up to a pipeline of talent for local firms, including startups launched out of Pasadena-based incubator IdeaLab.

“We’ve hired 10,000 people over the years, probably 500 from Caltech,” said Bill Gross, chairman of IdeaLab and a Caltech graduate himself. “At Caltech, I have a lot of direct relationships with professors so they refer to me superstar students.”

Gross, who founded IdeaLab in 1996 and has launched more than 150 companies out of it, said that other tech companies, in particular enterprises working on self-driving cars, have noticed the region’s deep talent pool.

“Los Angeles is a crazy great hot bed of talent,” he said. “And Pasadena, in particular, is incredible, especially in the computer science, computer vision, machine learning (and) autonomy fields. At JPL we have 5,000 employees and every mission they’ve ever done is autonomous. The Mars lander, that thing had to land completely autonomously.”

Pasadena has a population of about 140,000, yet its research and academic institutions attract $1.9 billion in federal research and development funds annually – about $25 billion from 2001 to 2016. That’s more than $14,000 per capita, higher than any other innovation hub in the U.S., according to Innovate Pasadena.

“If you look at all the different innovation hubs throughout the world, including the United States, in all most all cases there is a leading academic institution somewhere,” said Giardello of Innovate Pasadena. “There is usually a fountainhead of intellectual property and students – undergrads, grads, and postdocs. Pasadena has a lot of the ingredients.”

Talent fostered at those institutions pioneered diverse technologies, such as paid internet search, the Mars Rover, the DNA Sequencer, the CMOS Semiconductor and the Richter scale.

“Pasadena is a great surprise,” said Lorne Buchman, president of ArtCenter College of Design. “It’s enormously sophisticated and stimulating city to live in.

It’s really a joy to be able to work in a place like this that has so much first-rate work going on in so many areas.”

The wealth of human capital has also attracted several Fortune 500 companies to establish facilities in the city within the past five years, including Chinese e-commerce firm Alibaba Group, which opened a 22,000-square-feet office in 2015, and ADP, which opened its Innovation Center in 2015.

A host of innovative corporations are clustered around Pasadena, too. Drone manufacturer AeroVironment is headquartered in nearby Monrovia; and label and RFID manufacturer Avery Dennison as well as DreamWorks Animation are located in Glendale.

“One of the ways you see an ecosystem being very healthy is it’s not isolated, that you see nearby clusters forming,” said Giardello.

Beyond legacy tech firms, Pasadena is growing a new crop of tech startups as well, some which are based on technology spun out of local institutions. Caltech has equity in more than 80 companies that rely on technology developed in Pasadena, according to Innovate Pasadena. JPL is also spinning out tech startups.

One example is SeekOps Inc., a Pasadena startup that manufactures a methane sensor that it attaches to a quadcopter drone and flies over oil and gas fields looking for leaks. The company, founded by a pair of former JPL employees, repurposed, slimmed down and licensed a methane-detecting sensor that NASA was using on its Curiosity Rover to search for microbial life on Mars.

“So much of entrepreneurial activities are about the perceived risk in doing things,” he said. “When you have lots of people doing little things, it allows people to take that chance and go out on their own.”