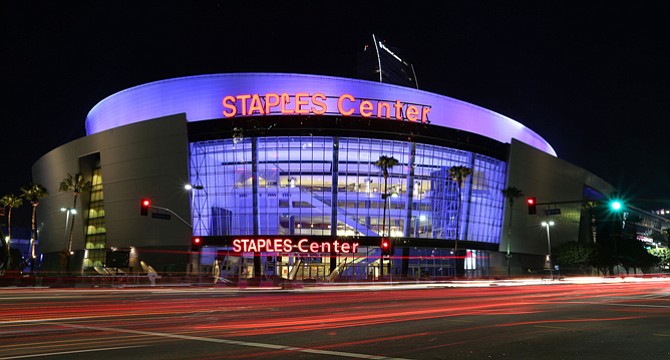 A strong economy and the ongoing need for many musical artists to generate tour revenue make for an embarrassment of riches for local music lovers – served up thanks to a trove of venues that can handle concerts and other performing arts fare.

This week’s Business Journal list of the 50 largest performing arts venues is ranked by seating capacity.

It remains fairly static from year to year, with exceptions generally limited to new projects. No such additions were large enough to make the list this year – the smallest venue seats 758.

There were two new additions based on new parameters for our research, though. Pauley Pavilion at UCLA is ranked No. 4 this year, with 13,800 seats, while Galen Center at USC comes in at No. 6, with 10,258 seats. Both arenas are better known for hosting sporting events, but each hosts concerts on occasion.

Staples Center, owned by Anschutz Entertainment Group, held its perennial spot at the top of the list with a seating capacity of 20,000. Sports dominate the arena’s offerings, as the Lakers, Kings, Clippers and the Sparks of the Women’s National Basketball Association all call Staples Center home.

Those sorts of events typically take Staples Center up to 245 per year, Zeidman said.

This year looks just as busy, he added.

AEG also owns two venues across the street from Staples Center: the 7,100-seat Microsoft Theater and the 2,300-seat Novo by Microsoft. They’re all part of the LA Live complex that helped turn downtown Los Angeles into an entertainment destination.

Outside downtown, AEG owns El Rey Theatre on the Miracle Mile, coming in at number 49 with a capacity of 771 people.

The second-ranked view is the county-owned, 18,000-seat Hollywood Bowl, home to the Los Angeles Philharmonic during its summer season as well as a showcase of countless musicians and the annual Playboy Jazz Festival. The L.A. Philharmonic also calls the 18th-ranked, 2,265-seat Walt Disney Concert Hall downtown home.

No. 3 on the list is the Forum, located in the city of Inglewood, which will be home to a new football stadium for the Rams and Chargers as part of the L.A. Stadium & Entertainment District that is slated to feature a 6,000-seat performing arts venue when it opens in 2020.

Inglewood also could see a new arena for the Clippers when their lease at Staples Center expires in 2024. Clippers owner Steve Ballmer set his sights on a development not far from where the football stadium is under construction.

The 17,500-seat Forum has become a go-to spot for musicians and music fans since owner Madison Square Garden Co. pumped $120 million worth of renovations into what once was an aging structure.

Among the acts the venue hosted: Bruno Mars, Garth Brooks and Lady Gaga. The MTV Video Music Awards was held there in August. Guns N’ Roses played there in November, shortly after that staple of 1980s hard rock played at Staples Center.

This year has the Eagles, Justin Timberlake, U2 and Harry Styles scheduled to visit the Forum.