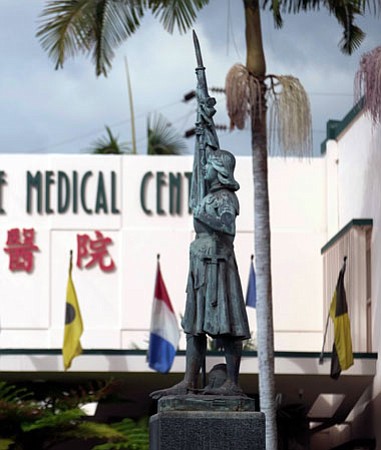 The shuttered Pacific Alliance Medical Center in Chinatown could be replaced by a 24-hour urgent care center, according to a recent bid to buy the site.

The Los Angeles Times reported that a joint group of Alhambra-based hospitals and physicians has submitted a bid to buy the 157-year-old hospital that closed in December.

AHMC Healthcare Inc., which runs five hospitals in the San Gabriel Valley and one in Orange County, entered a bid with Allied Pacific IPA, a physician practice, to reopen the hospital as an urgent care facility and health center for seniors.

The owner of the 66,000 square-foot facility once known as French Hospital, LA Societe Francaise De Bienfaisance Mutuel De Los Angel, put the land up for sale in January. A society official told the Times it would choose from among the highest bidders.

Officials from the society, as well as Allied Pacific and AHMC Healthcare, were not available or did not respond on Feb. 19, which for some was the President’s Day holiday.

The troubled Pacific Alliance Medical Center closed in December after administrators chose not to invest $100 million for a seismic retrofit required by the state on land it did not own.

A reclassified urgent care center wouldn’t require a seismic renovation because it would not admit overnight patients.