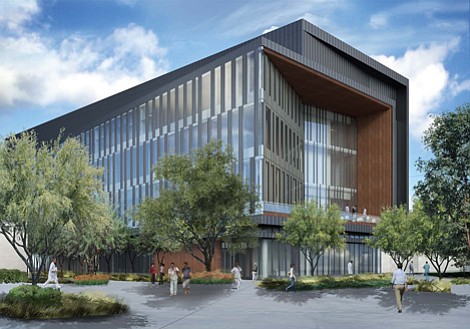 USC has revamped its neurosurgery residency program with an eye on reducing brain-surgeon burnout.

This year’s 19 new neurosurgery residents were able to choose their mentors – considered crucial to completing a residency – and assigned backup mentors.

Doctors training to become brain surgeons often put in 80-hour weeks with hospital shifts of up to 28 hours straight. Burnout is a common side-effect on the residents, according to a nationwide study by the Keck School of Medicine of USC.

Nearly seven out of 10 residents reported burnout at some point in seven-year training programs across the nation – more than twice the rate of American workers as a whole.

Burnout can mean emotional exhaustion, an inability to connect with others, a lack of feeling toward patients and a nagging feeling of incompetence, according to one measure used in the study.

“As a patient, you don’t want your doctor to be depressed or demoralized when they’re working on you, because they’re not their best self,” said study author Dr. Frank Attenello, assistant professor of clinical neurological surgery at the Keck School, in a statement. “And as a society, we don’t want to discourage people from becoming neurosurgeons.”

LA BioMed has topped off its $63 million biotechnology research lab development with a roof.

The four-story lab and incubator for biotech spinoffs, expected to open in December, will be a 78,000-square-foot biotech magnet in Torrance’s bioscience hub.

The angular, glass tower will include an 18,000-square-foot bioscience incubator for more than two dozen LA BioMed spinoffs and outside startups.

“This is a major milestone in Los Angeles County’s ongoing efforts to promote the bioscience industry,” said Supervisor Mark Ridley-Thomas, in a statement.

The incubator was funded in part by a combined $6 million given by the county and philanthropists Melanie and Richard Lundquist.

L.A. County is poised to sign an exclusive agreement with the nonprofit biomedical research agency to open a 15-acre biotech park for larger companies.

In El Sereno, developers Allan Glass and Howard Kozloff have ripped the roof off of an old wood-turning factory to create a $6 million, 22,000-square-foot Hatch BioScience Labs expected to open this year.

The new 40,000-square-foot center will enable more rapid organ recovery and transplantation while freeing up hospital ICU and operating rooms for emergency patients, she said.

Roberts “Bob” Smith, a pioneer in the development of the biochemistry department at UCLA, has died. He was 89.

Smith, a professor emeritus, served the university from 1958 until he retired in 1987.

The Canadian-born scientist was renowned for his cancer research, and was instrumental in the anti-viral drug ribavirin.

Jennifer Parkhurst, a recent partner at PricewaterhouseCoopers in San Francisco, will serve as chief financial officer for the Duarte hospital.

Staff reporter Dana Bartholomew can be reached at dbartholomew@labusinessjournal.com.