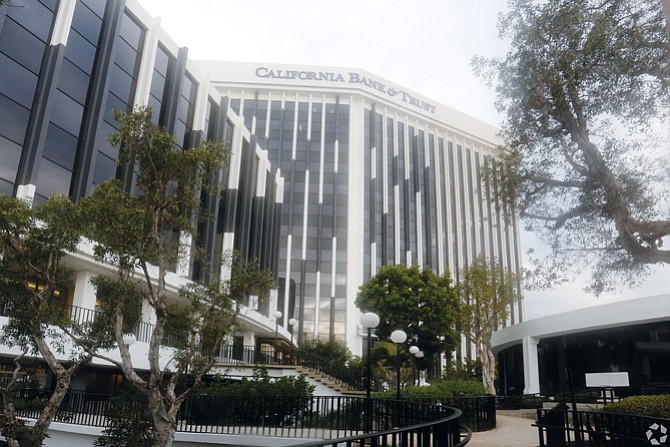 The deal was the fourth acquisition the firm has made in the past three years – part of the company’s strategy to consolidate what it sees as a fragmented wealth advisory field in California.

Ross Millie, founder of San Ramon-based MCM, will stay on as a senior wealth advisor. The deal, which officially closed Feb. 9, will increase EP Wealth’s managed assets by $240 million, the company said in a press release, in addition to adding 40 households with $5 million in assets, on average.

EP Wealth is a fee-only investment advisory and financial planning firm. It was founded in 1985.

Patrick Goshtigian, chief executive of EP Wealth, said his firm has been growing, in part, by combining wealth managers and clients from smaller firms with a support structure that takes over their business operations.

“So many of the smaller (firms) struggle with maintaining the business on a daily basis and they have to wear a lot of hats,” he said. “We are able to offer them a team of people to support them in that effort and allow them to focus on what they like the most, which is working on their clients.”

Wealth management firms that EP Wealth has acquired in the past have varied in size, said Goshtigian.

“They’ve ranged from firms in size from $55 million to $300 million in (assets under management),” he said.

The majority of EP Wealth’s revenue growth still comes from client referrals, said Goshtigian, but acquisitions are accounting for an increasing portion.

EP Wealth’s plans to continue making acquisitions and has its sights on acquiring three more companies in the coming months, Goshtigian added.

That Bird Has Flown

Hot electric scooter sharing startup Bird got a nice Valentine’s gift: a $15 million Series A funding round announced on Feb. 14.

The company didn’t have any sweethearts in Southern California, where venture capitalists were nowhere to be found on the round.

The Santa Monica-based startup could be another example of local venture capitalists missing out on the next big thing, with Snap Inc. still serving as the most prominent example of L.A. investors whiffing, according to TechCoast Angels Chairman Christopher Hameetman.

Bird rents stand-up electric scooters through a mobile phone app, which allows riders to find and turn on scooters that are spread throughout Santa Monica and Venice, as well as certain other neighborhoods Los Angeles and some in San Diego.

Rides cost $1 per ride and 15 cents per minute.

The company began renting its scooters in September in Santa Monica and claims that the vehicles have logged more than 250,000 rides. More than half of those rides occurred in January of 2018, the company said.

Bird’s round was led by Craft Ventures of San Francisco, a new fund launched by Yammer co-founder David Sacks. New York’s Tusk Ventures, Valor and Lead Edge Capital, as well as Dallas’ Goldcrest Capital, also invested in the round. The investment will be used to expand the company’s fleet of electric scooters.

Bird’s founder and chief executive, Travis VanderZanden, served as the first chief operating officer of Lyft Inc. and as vice president of driver growth for Uber Technologies Inc. VanderZanden’s prior experience and connections might have played a role in which investors were selected, Hameetman said.

Jøtul, founded in 1853, makes cast iron and metal sheet stoves, inserts and fireplaces fueled by wood, gas and pellets for the residential market. The company sells its appliances throughout Europe, North America and Asia. It manufactures in Norway, Denmark, France and the United States.