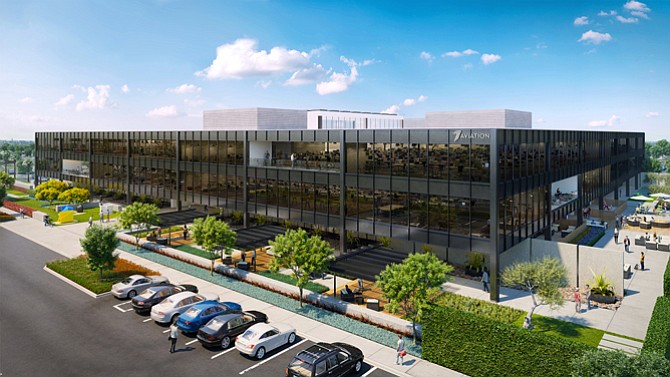 Multi-family development in Los Angeles County will reach a cyclical high this year, according to a report by Calabasas-based real estate brokerage firm Marcus & Millichap Inc.

Apartment vacancies will climb to 5.2 percent, up from 4.1 percent in 2017, the brokerage wrote in its North American Investment Forecast. Rents will increase by 6.3 percent this year to an average of $2,200 per month, representing slower growth than last year, the report said.

Developers will complete more than 17,000 rentals this year, up about 42 percent from the number delivered in 2017.

The higher rents amid increased availability are the result of high prices on homes for sale, combined with expectations of continued economic growth. The local economy’s “consistently expanding professional sector” is expected to help grow local employment by more than 50,000 positions in 2018, the brokerage predicted.

“Relocations and income growth should support a heightened rate of household formations, which bodes well for the rental market during a period of out-of-reach home prices and elevated apartment construction,” Marcus & Millichap continued.

Downtown and Mid-Wilshire are the two areas of the city of Los Angeles that are expected to receive the biggest influx of new units this year, which will drive up vacancies – especially in downtown.

Availability in Hollywood, Glendale and Marina del Rey should remain at or below 4 percent thanks to pent-up demand that is expected to offset new developments, Marcus & Millichap predicted.

El Segundo-based nutrition bar maker Quest Nutrition is downsizing into a smaller space next to the U.S. government.

Quest Nutrition, currently in about 55,000-square-feet, according to CoStar Group Inc., will lease nearly 44,000 square feet of office space across town at 777 S. Aviation Blvd. The newly renovated property is a three-story, 318,000-square-foot office building, said John Hamilton, co-founder and principal with Embarcadero Capital Partners and Westbrook Partners, the joint venture that owns the property.

The U.S. General Services Administration in 2016 locked in a lease for 154,000 square feet of space for one of its technology-oriented agencies. Both the GSA and Quest Nutrition are expected to move into the building this summer.

Embarcadero Capital Partners and Westbrook Partners bought the 1968 structure for $50 million in 2015.

Quest Nutrition was founded in 2010. Last year, it notified California’s Employment Development Department that it would close manufacturing sites in the City of Industry and Walnut and lay off more than 500 workers.

A Quest Nutrition representative was not available for comment.

London-based global law firm DLA Piper is boosting its local presence with a 10-year lease for more than 33,000 square feet at the KPMG Center at 550 S. Hope St. in downtown Los Angeles.

The expansion from its current 24,000 square feet, according to CoStar Group Inc., will include the building’s 24th floor and space on the 2nd and 23rd floors.

DLA Piper has been bullish on its Los Angeles office last year and hired former Venable litigator Douglas Emhoff to its media, sports and entertainment sector, with ex-Holland & Knight managing partner Joel Athey joining as a partner in its litigation practice.