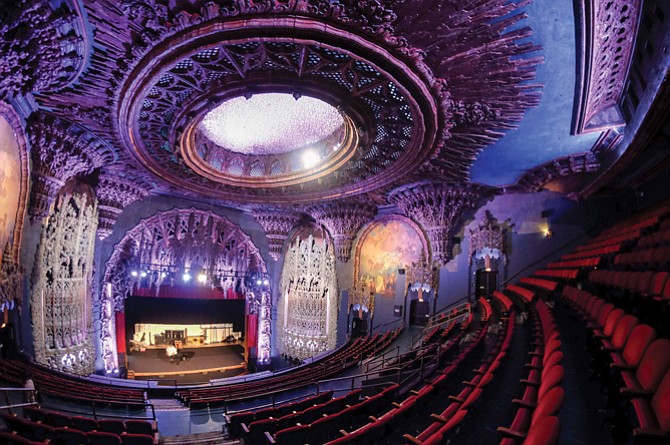 Ace Hotel’s most unusual offering is the Theatre at Ace Hotel –a restored 1927 Spanish Gothic-style movie theater with 1,600 seats where guests can watch live performances on most weekend nights throughout the year. 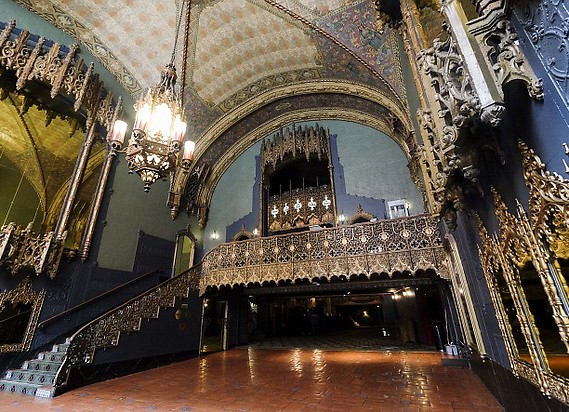 Theater Lobby: Venue provides anchor to arts theme that extends to the walls of the hotel lobby, restaurant and guestrooms. (photo by Ringo H.W. Chiu)

Theater tickets aren’t free for hotel guests, but representatives of the hotel as well as observers of downtown’s burgeoning arts district say the historic performing arts venue has been a big boon to the establishment’s business.

Kelly Sawdon, executive vice president of the company, declined to discuss numbers, but said in an e-mail to the Business Journal that the theater at the L.A. hotel – just south of 9th Street, amid the historic Broadway Theatre District – is a significant draw for hotel guests as well as the local community.

“Often, we’ll have guests who are already staying at the hotel take a look at the Theatre’s calendar of events and decide then and there they’ll attend a performance,” she said.

The locals who frequent shows at the venue make hotel guests “feel plugged into the local scene,” Sawdon said, adding that the “Theatre is also a destination for the local community who are already planning on attending an upcoming show and then decided to book a room for the night as well.” 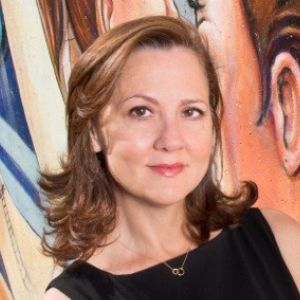 She called the relationship between the hotel and the theater a symbiotic one. Ace Hotel Group manages both under contract with property owner Chesapeake Lodging Trust, a real estate investment company in Maryland.

The venue provides an anchor to an arts theme that extends to the walls of the hotel lobby and restaurant, which feature murals by the L.A.-based Haas Brothers and other contemporary artists. Some rooms have vinyl records from Amoeba Music and an acoustic Martin guitar – available for playing by those so inclined.

The hotel also hosts a series of informal “DIY” events for guests, some free and some ticketed, including everything from live concerts by local groups to workshops, such as a Valentine’s Day DIY where guests can learn to make corsages or boutonnieres.

Danielle Brazell, general manager of the Los Angeles Department of Cultural Affairs, said the arts connection provides what she called the “Etsy Effect.”

Uniqueness and creativity attract niche clientele to a boutique hotel, whether or not guests attend a show, she explained.

It seems to be part and parcel of a hotel business as it faces the disruption of Airbnb Inc.

“Developers have certainly gotten the message that when you integrate arts and culture and creativity into your property, you are going to experience a very high return on your investment,” Brazell said. 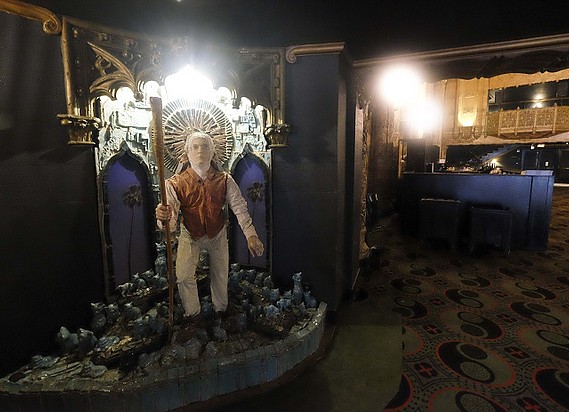 Last May, the Center for the Art of Performance at UCLA announced it would expand its geographical reach by presenting 12 performances at the Ace during its ongoing 2017-2018 season.

Kristy Edmunds, creative and artistic director of the center, called the partnership a no-brainer.

“What makes the Ace so very distinctive in L.A. is that they manage such a legendary venue,” Edmunds said. “That is far, far different in signifying a commitment to live performance than setting up a piano with a tip jar.”

Alan Reay, president of Atlas Hospitality Group in Irvine, said he has no doubt that the theater has brought additional business to the hotel because it’s atypical. Hotels have tried to attract the arts crowd by displaying art, he added, but recreating what the Theatre at Ace Hotel offers would be hard for another hotel to recreate.

“I don’t see anyone necessarily adding a theater,” Reay said. “Real estate prices to convert even existing buildings are so expensive, I think you would see them adding more rooms rather than (creating) a theater.

“Hats off to the Ace people – they have utilized it well, and maximized its potential.”