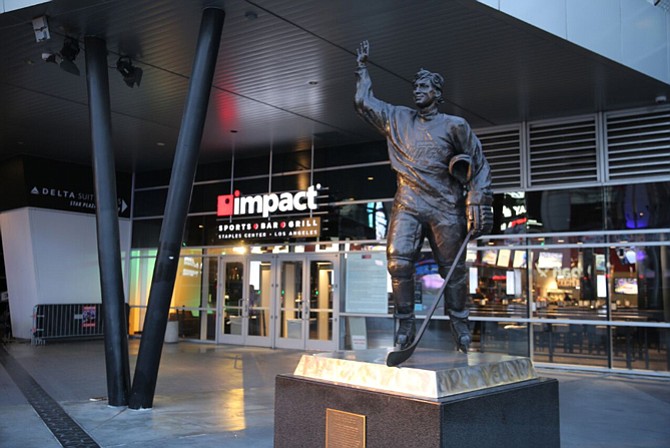 Impact Networking recently struck a multi-year deal with downtown-based real estate and live entertainment specialist AEG to operate a bar and restaurant at the arena.

The Waukegan, Ill.-based company plans to open the Impact Sports Bar & Grill on the concourse inside the Staples Center in the space previously occupied by DraftKings. Impact has been named an official partner of the Staples Center and Los Angeles Kings as part of the deal.

The 4,400-square-foot restaurant will open its doors to visitors with tickets to events at the Staples Center. The restaurant features 30 television screens, a menu by Downtown Los Angeles-based Levy Restaurants and a party-like ambience for sports fans.

Impact currently employs over 450 employees at its 15 sites and works to assist companies in reducing their manual processes through process improvement methodologies and technology to achieve organizational efficiency, according to its website.

The company already works with the Chicago Blackhawks, Chicago Cubs, Milwaukee Brewers and other professional sports teams in the Midwest. It is in the process of seeking space in L.A. for the company’s first West Coast office.

“Having recently expanded our business to the West Coast, we are proud to sponsor a franchise so highly acclaimed as the Los Angeles Kings, as well as stake a presence with a team so rooted in Los Angeles’ history and culture,” Cucco said in a press release.

The sponsorship also gives Impact some exposure via LED displays in the L.A. Live sports and entertainment district, as well as space on the boards that enclose the rink for Kings’ home games.

“They have had success in Chicago with the Blackhawks so they know that the hockey crowd is their audience and customer base,” said Josh Veilleux, vice president for global partnerships at AEG.

The term and financial details regarding the deal remain undisclosed.

LPGA Back in L.A.

The Ladies Professional Goal Association decision to return to Los Angeles for the first time in more than a decade comes on the heels of a spike in viewership, according to statistics gathered by Nielsen Co.

“We want to thank our good friends at HUGEL, JTBC and Eiger Marketing Group for providing us the opportunity to bring the stars of golf’s global tour … and put on a show in one of the largest broadcast markets in the world,” Mike Whan, LPGA commissioner, said in a press release.

JTBC is a South Korea-based broadcasting enterprise of JoongAng Group, which owns various channels, including some that specialize in golf. JTBC is the LPGA’s Korean television rights holder and has sponsored prior LGPA events in Portland, Virginia and Arizona.

No word yet on local sponsors for the event.

Guastella will become the face of the Galaxy’s e-sports franchise, which will participate in the freshly formed eMLS league. The league now has 19 confirmed e-sports athletes signed to contracts spread over several professional soccer franchises, including Manchester City and Paris Saint-Germain.

The Galaxy joined the league last month, in part because recent indicators that the video game “FIFA” is driving interest in soccer games on the field.

“There’s research that suggests that people who play … ‘FIFA’ become more dedicated fans of the game,” Chris Thomas, Los Angeles Galaxy director of digital media and marketing, said in a statement. “Competitive e-sports, especially ‘FIFA,’ is huge, and we wanted to put our own stamp on it.”