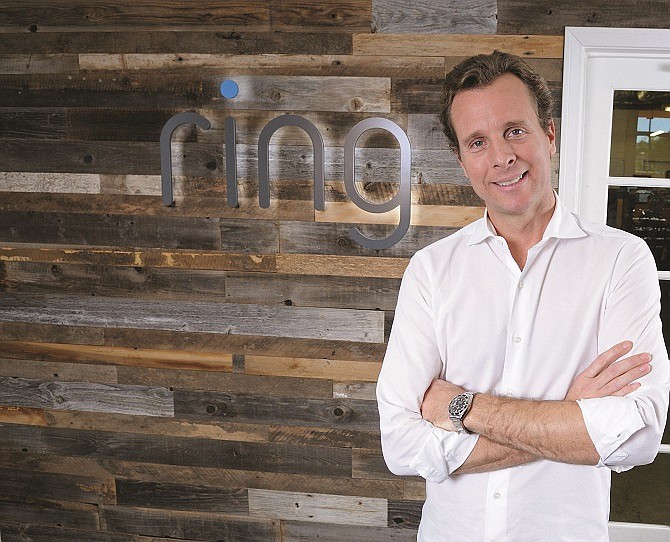 A recent interview and photo shoot in the Ring Inc. offices in Santa Monica was interrupted when a local fireman knocked on the exterior door of Chief Executive Jamie Siminoff’s office to ask about getting Ring doorbells, cameras and floodlights for the fire station. Siminoff said it’s common for customers – and prospective ones – to drop by the company’s offices, a crowded warren of activity where about 300 workers have already outgrown the space. The company is building new headquarters in Hawthorne, but the move is at least a year off.

Siminoff first introduced his smart doorbell, then called the Doorbot, on “Shark Tank,” ABC’s reality show where entrepreneurs pitch their products to a panel of financiers, dubbed Sharks. None of the Sharks bit, but the exposure helped propel the company, which went on to develop a suite of smart security products, including a range of Ring doorbells and a motion-sensitive, Wi-Fi-enabled video floodlight. “We basically have the ‘ring of security’ around your front door,” Siminoff said.

The company was acquired by Amazon.com Inc. in February for $1 billion. While Siminoff remains at the helm of Ring, he recently returned to “Shark Tank” as a Guest Shark. The chief executive sat down with the Business Journal to discuss his company’s history, its growth and plans for the future. 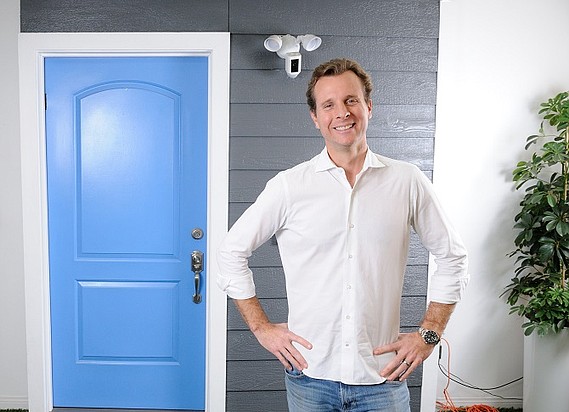 You have said you invented Ring to solve a problem — to see who was at the door – but has Ring evolved into more of a security device?

I built this product, and my wife said, ‘This makes me feel safer.’ I realized it doesn’t make you feel safer; it delivers presence, and by delivering presence, you can actually stop a crime before it happens. And that became the invention, which was, how do we prevent crime before it happens. Everything else is really just an output of that invention.

How did you go about raising money?

I raised a little bit of money here and there along the way. But the awareness and credibility of being on “Shark Tank” is what really got us the extra sales, which led to bigger business, which was attractive to investors and gave us the ability to hire engineers to build the next generation products. It started the momentum.

And then you got a chance to go back to Shark Tank and be on the other side as a Guest Shark. Are you looking to mentor or invest in other companies?

I don’t consider myself an investor. I don’t think that’s what I’m good at. When I find things that are interesting, I want to meet the inventors. If I can help out, I will. But I am really focused on Ring. Part of the reason I sold to Amazon is they allowed me to stay at the helm, and they really backed the mission.

How did your deal with Amazon come about?

Four and a half years ago, when smart home products were just starting to come up, I ended up going up (to Amazon’s offices in Seattle) and showing them the first Ring. They were the first live demo I did. From there, we kept in touch. When (Amazon’s artificial intelligence) Alexa came out, we talked about how we could integrate Alexa (into Ring). We were a partner on their first camera integration. We kept working with them all along the way. We got to see their culture, how they thought about things. On the flipside, they got to see how we built things, how we executed on stuff.

I always say we’re on this mission to reduce crime in neighborhoods. I think the first time they heard it, they probably rolled their eyes and said, ‘You’re selling doorbells.’ Year two they said, ‘Maybe we can believe him.’ In year three, it was, ‘This company is definitely on a mission.’ And then, in year five it was, ‘We’ve got to buy the mission.’

One of the first things that Amazon did when it bought Ring was reduce the price of the first-generation doorbell. Was that simply realizing economies of scale and making the product more accessible?

We were always trying to lower the price. But as a small independent company, it wasn’t that easy. As part of a bigger organization, we can leverage a lot of different things and also have a much longer-term outlook on the overall payback of what we’re selling. We didn’t have the cashflow to do it (then), and now we do, and we are able to pass on savings to the neighbors, which is what we call our customers. That made a huge difference because it allowed a whole new set of people to access this type of security. 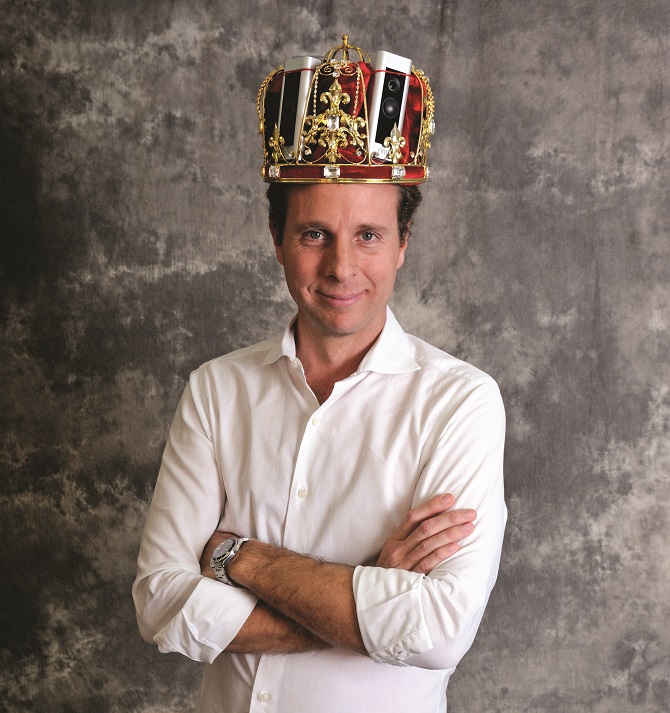 What is the story with the crown of Ring doorbells in your office?

When I pitched the company the first time, we were Doorbot and our first angel investor (was) First Round Capital’s Josh Kopelman. I went in there, and at the end, I said something like, ‘I’m going to be the king of doorbells.’ Josh and his wife gave me this (crown) after our exit. It’s actually a $1,000 hat since he bought them all at full retail at $250 apiece.